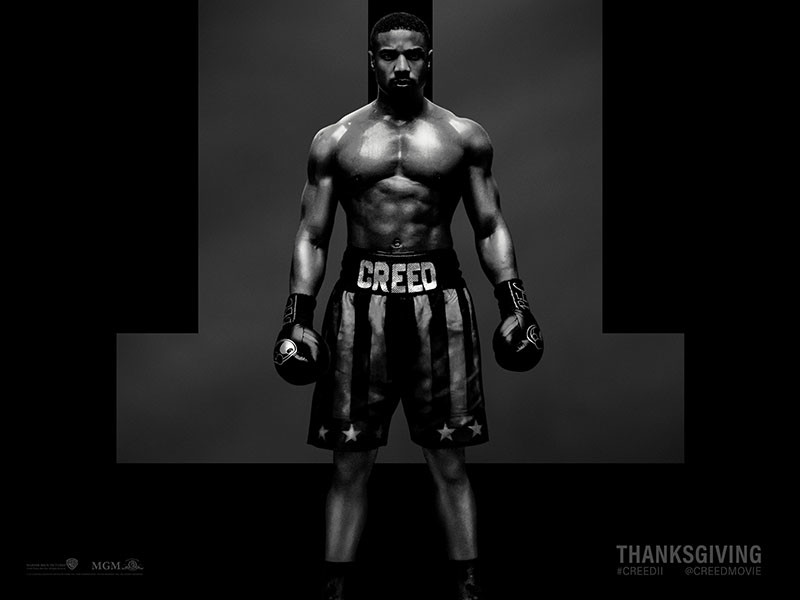 Hollywood, CA – The first official trailer for Creed II has been released by MGM and Warner Brothers, and it promises to show just as much action as its mega-successful predecessor.

The film’s trailer is soundtracked with “DNA” by Kendrick Lamar, a nice touch considering the film’s subject matter. Adonis Creed, the son of the late Apollo Creed, is going head-to-head with Viktor Drago, the son of Ivan Drago, a.k.a the Russian fighter who killed the elder Creed during the Rocky IV exhibition bout.

MGM and Warner Brothers confirmed, via the press release for the trailer, that the film was directed by Stephen Caple, Jr., a Cleveland, OH native previously known for his work on The Land (IFC) and A Different Tree, two critically acclaimed films that focused on African-American vignettes.

According to Deadline, Caple was tapped to replace Sylvester Stallone as the director of the film after Stallone, himself, acknowledged that the film needed to “reflect [this] generation and its challenges.”

“I believe it’s important for the director to also be a part of this generation like I was in mine, to make the story as relatable as possible,” he said to the outlet, adding that he believed that Caple and Michael B. Jordan — who is reprising his role as Adonis Creed, the son of Apollo Creed (Carl Weathers) — would “hit it out of the park” with their collaboration.

The screenplay for the film was written by Stallone and Luke Cage showrunner (and former music journalist) Cheo Hodari Coker. Michael B. Jordan and Ryan Coogler are serving as executive producers of the film.

Florian Munteanu, a former boxer from Romania, will play Viktor Drago, the son of Ivan Drago.

Check out the official trailer below.