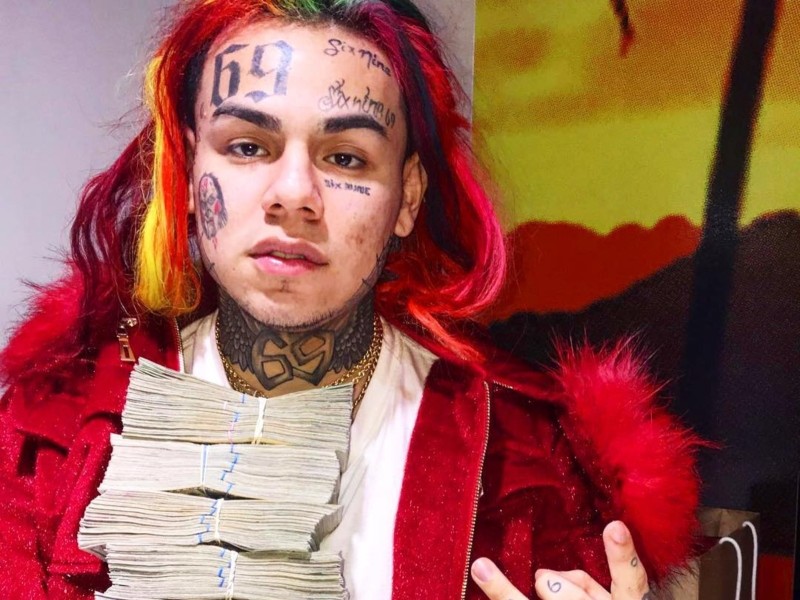 Tekashi 6ix9ine isn’t off the hook yet regarding the shooting aimed at Chief Keef in New York City earlier this month. The NYPD is now looking into the Brooklyn rapper to see if he ordered a hit on Chief Keef while they were on opposite coasts, according to TMZ.

Based on surveillance footage, the NYPD reportedly have two suspects who followed Chief Keef from the China Chalet restaurant to the W Hotel. When Keef and a friend stepped outside of the hotel for a cigarette, the suspects fired at them and hit a sign. The police eventually found their abandoned vehicle, a dark Ford Econovan, in Brooklyn.

Cops are checking to see if there’s any connection to 6ix9ine, who has previously denied having anything to do with the attack.

Hi CHICAGO. I’m here on O Block but it has a gate ? how do I get in? There’s a police in the booth …. Chicago not the same smh

6ix9ine claims he’s a fan of Chief Keef despite several actions that contradict that sentiment, including taking Keef’s baby mother shopping. After stopping by Chicago, 6ix9ine took off for Europe for his tour.

Outside of the sensational headlines involving 6ix9ine, Chief Keef has continually released new music in 2018 including his latest project Ottopsy.