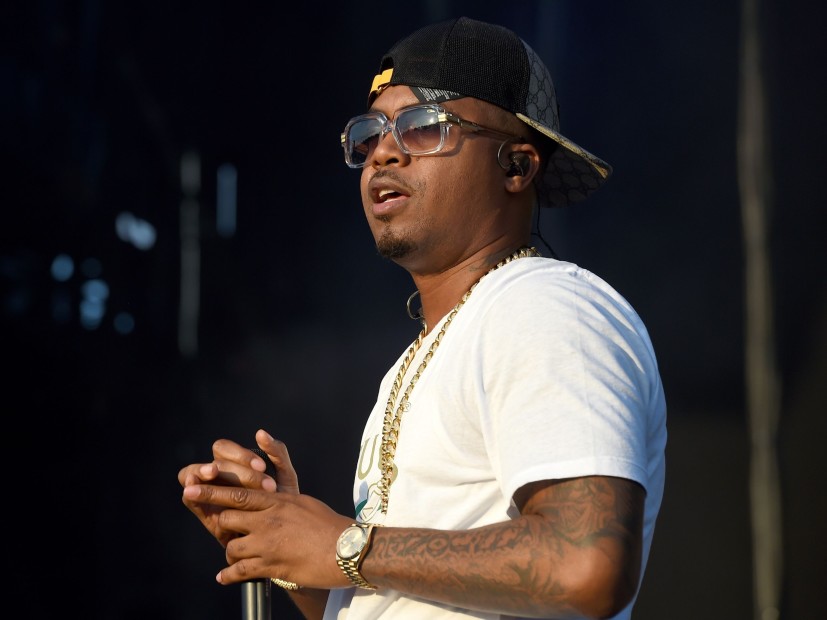 Nas’ 11th studio album, Nasir, was unveiled at a listening party under the Brooklyn Bridge on Thursday (June 14). Featuring seven tracks and Kanye West in the role of executive producer, the Illmatic legend’s follow-up to 2012’s Life Is Good is already getting rave reviews on Twitter.

The word “classic” is getting thrown around like rice at a wedding.

#NASIR IS NAS GREATEST ALBUM OF ALL TIME !!

Khaled called me when I was in album mode
So I put it on hold for the Major Key
My album done, niggas, wait and see
Classic shit, timeless, forever, iconic – Nas#Nasir #Nas #NASALBUMDONE #KanyeWest pic.twitter.com/urC1DL5vvE

just gonna go ahead and thank @Nas for giving us this classic. #Nasir

Kanye gave Nas the best beats of his life #NASIR

Nas on kanye beats is truly a beautiful thing pic.twitter.com/mH4DTJ3auF

#Nasir is the epitome of greatness. The real Hip Hop in its purest form. The G.O.A.T is back ?? Album of the year. I'm so excited about this album??? Thank You @Nas #EscobarReturns ???

Nas and Kanye snapping with this Slick Rick sample too "The Cops Shot The Kid" ? #Nasir

It's a @good Summer! pic.twitter.com/fRhOJHQThx

However, not everyone was feeling Nasir. In light of a recent interview Nas’ ex-wife Kelis did with Hollywood Unlocked, many people chose to boycott the album.

During the interview, the “Milkshake” singer accused Nas of being a physically abusive alcoholic during their marriage. The two are currently embroiled in a contentious custody battle over their 8-year-old son Knight.

Yo! stop with the celebrity worship. These KANYE beats do not fit NAS. this album sound like a bad experiment gone wrong. Bring Preemo, Large Pro and Pete back. lol #uninspired #zzzzzz

I cant take #Nasir serious ever since I found out that he was abusing Kelis. Im going to pass on this album pic.twitter.com/Uy9TA8jb21

I was a child when I started listening to Nasir Jones, the chipped-tooth kid from Queens with the baby face and wise words. This is the first time he dropped an album and I'm not scrambling to throw all my support behind it. Between Kanye and Kelis's interview, I'm just…

we don't claim nasir's unstable ass after what Kelis revealed did to her (after nicki ditched his ass in first place?)

I’m guilty of not paying enough attention to this but it’s important to address this on the eve of Nas’ new album. Silence since Kelis’ interview is disturbing and disappointing. It needs to be acknowledged and addressed by @Nas and fans. Until then no illmatic, no NASIR. #NASIR

So because Nas released #NASIR, we're all supposed to forget how he beat Kelis? I just wanna make sure we're all clear on this.. pic.twitter.com/r6z2u0Rz5d