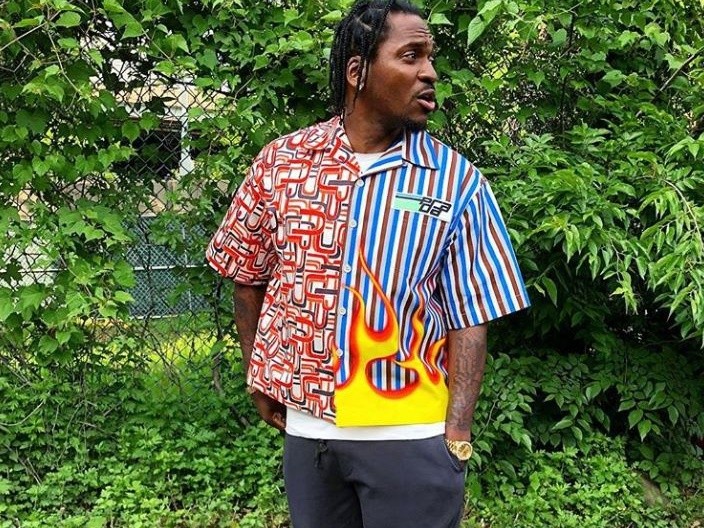 While speaking with GQ magazine for a newly released feature story, Pusha T didn’t appear to be all that worried about the existence of a career-ending diss track Drake reportedly crafted.

“You know, I don’t know,” Pusha T said when asked about the mystery diss, which was first mentioned by J. Prince. “I just feel like if there was something that was beneficial for either of those two guys, they would do it. I think they’re into doing anything that’s beneficial for them.”

He countered the interviewer’s questions about Prince/Drake bluffing about the song or being afraid to release it, explaining he believes they’re just handling their business as they see fit.

“I don’t want to call them scared, he said. “I just want to say that they’re thinking. They’re doing what’s best for them.”

"I just realized that the age of social media weighed less on truth and more on entertainment," @KingPush opens up to GQ about Drake, #Daytona, and Kanye at the link in bio. (?@geordiewood)

Given Push’s devastating “The Story Of Adidon,” rap beef was a major topic of discussion during the Clipse rapper’s interview with GQ. He was even asked about Drake and Meek Mill’s infamous feud back in 2015.

While addressing the feud, he spoke specifically on social media’s impact on the fallout between the two.

“I just realized that the age of social media weighed less on truth and more on entertainment,” he said. “And I felt like it was just a little different. Because I was just like, ‘Man, if some of the revelations that came out then had happened a while ago, in the rap game people would be like, ‘What!? No way!'”

Pusha also offered some insight into what it was like working with Kanye West in Wyoming. He described the experience as “secluded” with “a very rehab type of feel.”

But his time in Wyoming wasn’t all beats and brotherhood.

“I was chased by a fox,” he said. “Being in their habitat, invading their habitat. I ran. But it kept coming towards me.”