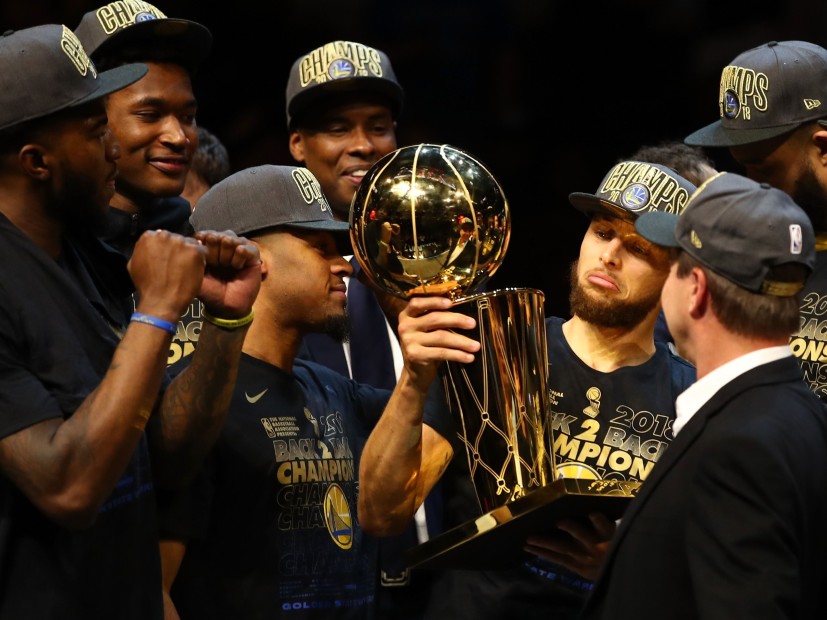 The Golden State Warriors beat the Cleveland Cavaliers during Game 4 of the 2018 NBA Finals on Friday night (June 8). The final score was 108-85, earning the Warriors the championship for the third time in four years.

The Warriors’ win on the Cavs’ home turf marked the first sweep since 2007, when the Cavs lost to the San Antonio Spurs.

By reaching four consecutive finals and wining three of them, the Bay Area team is now tied with Magic Johnson’s Los Angeles Lakers (1985-88 with the Celtics winning in 1986) and Bill Russell’s Celtics (1957-66 with the St. Louis Hawks winning in 1958).

Naturally, Twitter exploded with reactions to the Warriors’ sweep and several Bay Area rappers joined in, including Lil B, G-Eazy, E-40, B-Legit and Mistah F.A.B.

THE WARRIORS – Lil B

Gotta give steph game 1 too because LBJ didn’t win. https://t.co/aLFT5dOqwy

Crazy people hate on the Warriors. Built a team from bottom up, great characters, most exciting team in league to watch in ages. A dynasty. And yet, we not trippin! We having a 3rd parade in the town!!

Does golden state even party tonight? Shit is the most meh win ever. Dudes are gonna drink some warm apple juice and go to sleep but 11 tonight.

Salute to @KingJames he was phenomenal and unprecedented. The man inherited a new roster halfway through the season and took them to the @NBA Finals. He has led the way in our cry for social justice and never wavered. I #RESPECT the Man and Athlete and wish him well. #Town✊?