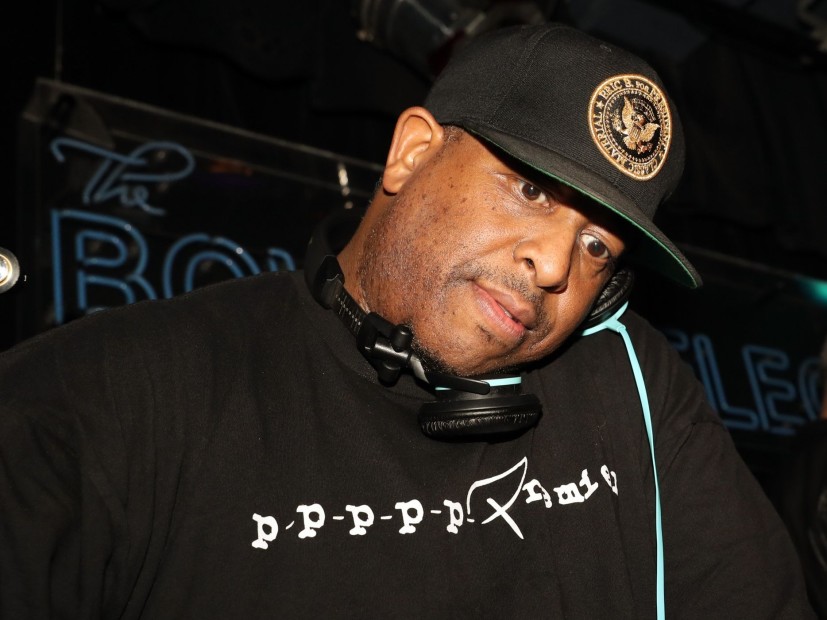 DJ Premier’s father passed away over the weekend, only a few days after Preemo was forced to cancel the remaining PRhyme 2 tour dates. On Sunday (June 10), the veteran turntablist/producer shared a photo on Twitter that showed him holding his father’s hand.

“A RARE BREED,” he wrote. “YOU WAITED FOR US AND YOU TOOK YOUR LAST BREATH PEACEFULLY IN YOUR OWN HOME THE WAY YOU WANTED… GLAD WE WERE HERE IN THE HOUSE TO SEE YOU GET YOUR WINGS… LOVE YOU DAD! R.I.P.”

A RARE BREED…
YOU WAITED FOR US AND YOU TOOK YOUR LAST BREATH PEACEFULLY IN YOUR OWN HOME THE WAY YOU WANTED…
GLAD WE WERE HERE IN THE HOUSE TO SEE YOU GET YOUR WINGS…
LOVE YOU DAD!
R.I.P. pic.twitter.com/N2jKl7cEVT

Last Monday (June 4), Preemo revealed his father was “extremely sick” in an Instagram post and said Royce Da 5’9 understood why he had to axe the remaining tour dates. [apple_news_ad type=”any”]

The Gang Starr legend was born in Houston, Texas to parents who were both teachers, according to Biography.com. Premier attended Prairie View A&M University in Prairie View, Texas, where his father was the Dean of Arts & Sciences.

[This article has been updated. The previous version was published on June 4, 2018 and can be found below.]

DJ Premier was forced to make a tough decision and cancel the remaining dates on the PRhyme 2 Tour with Royce Da 5’9.

On Monday (June 4), the veteran turntablist/producer hit Instagram and revealed his father has fallen seriously ill, bringing the tour to a halt.

“Throughout the duration of my career, I have taken great pride in the fact that I have perfect attendance and never missed a show or performance,” Premier wrote. “However, due to my father being extremely sick, we (Royce and I) had to make a very difficult decision to postpone the remaining PRhyme 2 tour dates.

“While my fans are of the upmost importance to me, I always put family first and as much as they need me right now; I definitely need them.”

Preemo assured his fans he and his PRhyme cohort would be able to reschedule the missed dates in the future.

“My brother Royce was very understanding and supportive of my decision and we will reschedule every postponed date as soon as possible,” he concluded. “Thank you to every single person supporting us and our brand and for understanding.”

The former Gang Starr legend captioned the post with, “LOVE & FAMILY WILL NEVER BE BROKEN APART…I’M BUILT FROM STEEL.”

Preemo and Royce embarked on the tour last Wednesday (May 30) in Philadelphia in support of PRhyme 2, their follow-up to 2014’s PRhyme. The duo had four more shows on their run, which would have culminated in El Rey, California on June 15. [apple_news_ad type=”any”]