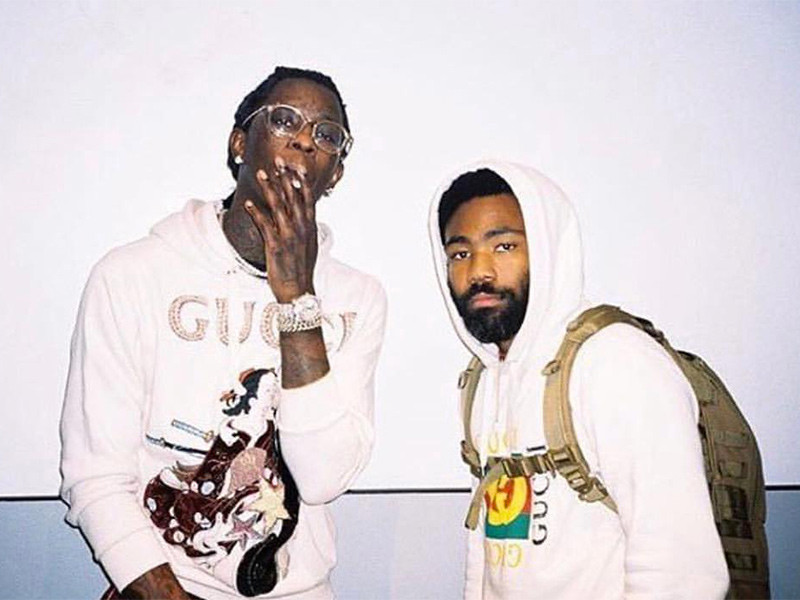 Young Thug Confirms Next Childish Gambino Album Is The Last

Young Thug recently sat down with Spotify for their “Scrolling In The Deep” segment and confirmed two very important things: yes, that is him on Childish Gambino’s “This Is America” and Childish Gambino’s next album will be his last.

“[Childish Gambino] got in touch with Reese LaFlare. I think they cool, friends or whatever. He told him to come to the [studio]. He said he has a song for me for his last album.” Thug said. “I tweeted one time, I was like, ‘I bet I be on Gambino’s last album.’ I’m on his last album, it’s crazy. He’s really not making music after this.”

Though many rappers have returned after announcing their retirements — including one who switched up in a matter of hours — if Gambino sticks to his promise, he’ll be bowing out at the height of his success. His new “This Is America” video is getting attention from all corners of the mainstream media and has generated almost 50 million YouTube views since its release on May 5. Meanwhile, his FX show Atlanta has been generating rave reviews.

Oh, and Young Thug also mentioned in the clip that he and Future have each other’s names tattooed on them.

Yup, that’s @youngthug on @donaldglover’s #ThisIsAmerica: "I'm on his last album, it's crazy. He's really not making music after this." pic.twitter.com/Sg5nxQb3QF