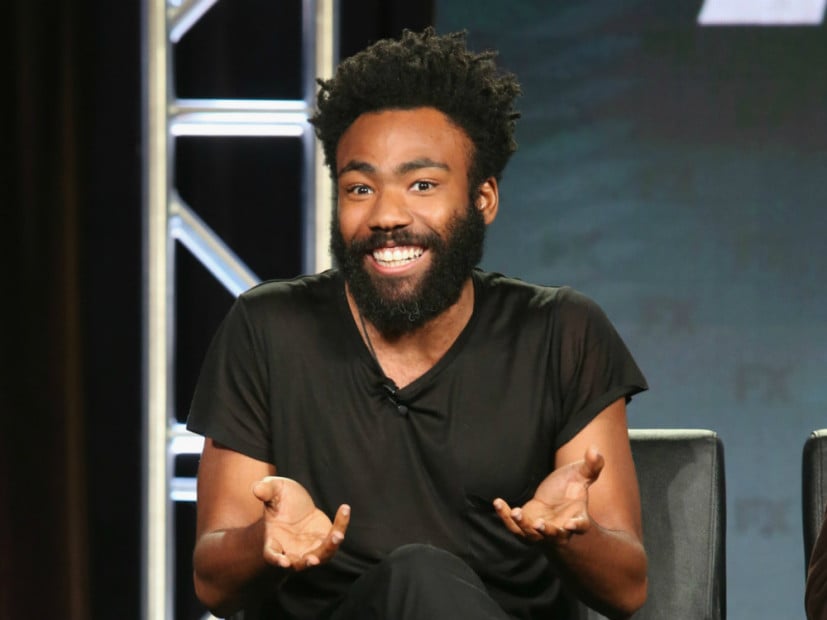 Donald Glover — also known as Childish Gambino — appeared on Saturday Night Live as both the musical guest and host on Saturday (May 5).

The multi-talented artist/actor isn’t the first person to pull double duty on the long running comedy sketch show but he’s one of only two who’s performed as his musical alter-ego (the other was country singer Garth Brooks in 1999).

Kicking things off, Glover, Kenan Thompson and Chris Redd spoof Migos. Following a video for “Therapy,” (which is meant to look like the real video for “MotorSport”), they’re ordered to go to therapy to talk out their issues.

Then, the Atlanta co-creator tackles the latest Kanye West controversies as a character in a spoof of the film A Quiet Place called The Kanye Place. During the skit, he and his friends are so obsessed with ‘Ye’s tweets and his “Scoopity Poop” bars that they can’t stay quiet, and one-by-one, they’re whisked away by a monster.

Elsewhere in the episode, Glover also made an ’80s-themed video under the moniker Raz P. Berry, while Gambino performed an Afrobeat song as Zoë Kravitz played dominos. He then unveiled the first live performance of his new track, “This Is America.” [apple_news_ad type=”any”]

Fans of Gambino (and Glover) were blown away by his performance, and quickly hit social media to sing his praises.

Check out the reactions to the Glover/Gambino episode below.

Donald Glover is killing it on #SNL pic.twitter.com/K17yQmam9L

i remember saying donald glover was a genius in everything he does on tumblr years ago and he just keep…. he just keep proving me right

Donald Glover is a good example of just embracing all the shit that makes you weird and making it work for you. #SNL

Donald Glover so funny in this skit; he has Kenyon Thompson almost breaking character ??#SNL pic.twitter.com/1D1t1hlcQd

DONALD GLOVER IS THE BEST HANDS DOWN*

Donald Glover is killing it on #SNL pic.twitter.com/VGBp8g70nk

guys… @donaldglover can do no wrong. he's a genius, all around

donald glover is the creative kanye west thinks he is #snl

Donald Glover and Childish Gambino are both trending like they’re two different people and I think that’s kind of brills from a marketing/branding standpoint. pic.twitter.com/HSfydwQnJC