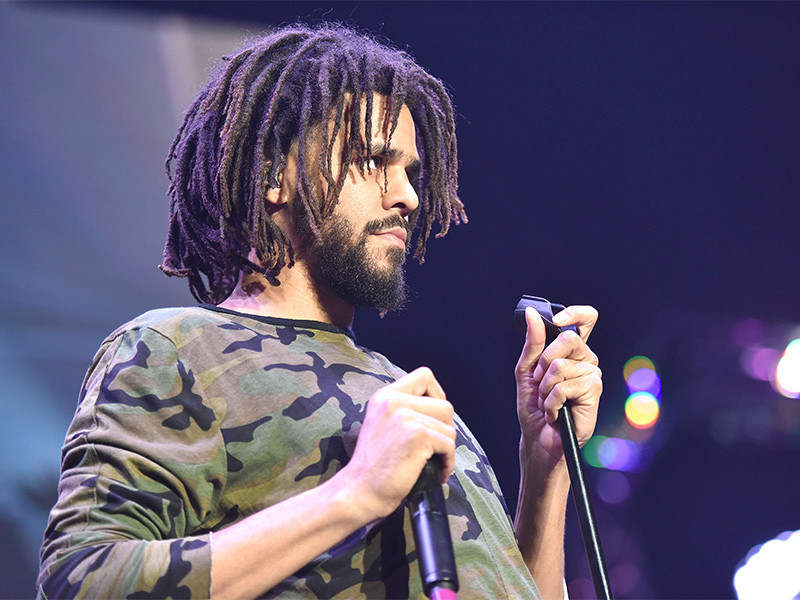 J. Cole hit Twitter on Thursday (April 26) for an impromptu Q&A with fans about his recently released album, KOD.

It comes a few days after Cole opened up about his fifth studio LP during a new interview with Vulture.

Cole first offered up his favourite songs from the album.

Window Pain. Then Brackets and The Cut Off. Check back with me it will change https://t.co/x7CUQ4KFVI

He later revealed the first version of KOD took just two weeks to put together, but the final edit took much longer.

First version of album was done in 2 weeks. Final version of KOD that got released took 6 months total https://t.co/WxF7qvJCcH

Cole admits one of his favorite bars from the LP appears on the second verse of “BRACKETS.”

Damn Too hard. "One thing about the men that's controllin' the pen that write history… They always seem to white out they sins." https://t.co/zcKficrdd5

The Dreamville Records bossman also alluded to a deluxe version of KOD dropping in the near future.

KOD deluxe will be album in its original 2 week form. Plus couple extra scenes that didn't make final cut. https://t.co/ruT2p28ovl

Cole ends KOD with “1985 (Intro to ‘The Fall Off’),” a track many fans believe is a tee-up for his next body of work. He confirmed he is currently working on a project called The Fall Off.

Cole also revealed his alter ego, kiLL edward, has an album on the horizon.

Was working on the fall off. And helping kiLL edward with his album. @killhisways but he don't tweet a lot. https://t.co/L4hI1Bqwdp

A short while before wrapping up his Q&A, Cole took a parting shot at Kanye West, who has been using Twitter recently to express his support for Donald Trump, who thinks Ye’s support is “very cool.”

Y'all let me know when I'm doin too much. This social media shit is a drug for real, and this is a binge for me. You had a traumatic week already I don't wanna fuck your timeline up no worse than it is.

When asked about who he would choose to do a collaborative album with, Cole was decisive in his answer.