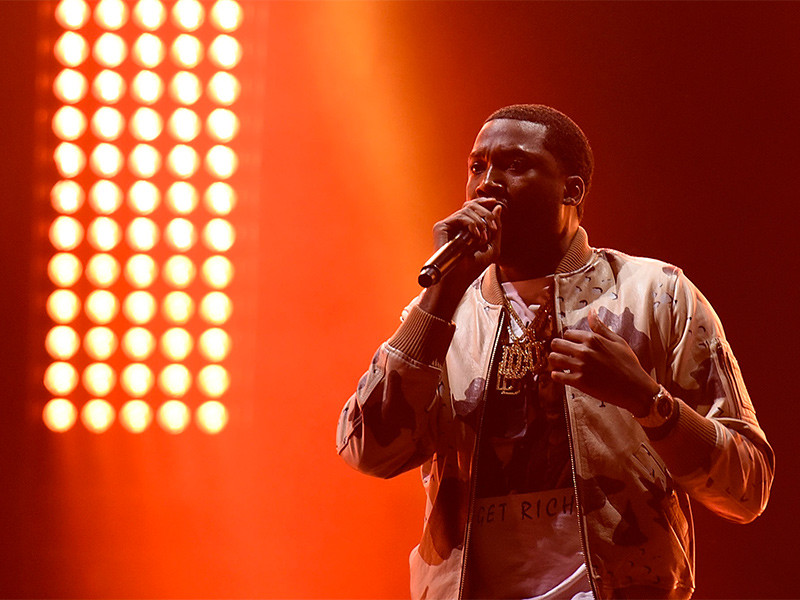 Meek Mill Hopes His Incarceration Will "Open Up Eyes"

The story of Meek Mill’s incarceration is continuing to make news outside the realms of Hip Hop.

On Thursday (April 12), a segment on Meek aired on NBC Nightly News With Lester Holt. As part of the feature, both the rapper and the Philadelphia District Attorney were interviewed.

While speaking with Holt, Meek revealed that he always suspected that a decade’s worth of probation would eventually land him back behind bars.

“It was always a thought in the back of my head that 10 years probation would bring me back to prison,” he said.

Recent developments in the case have given Meek’s team hope for a potential early release, including the information that Meek’s arresting officer was flagged on a list of allegedly corrupt cops.

“We now have information that was not available to the judge at the beginning … indicating that there are questions about the integrity of the conviction. And those questions are substantial,” District Attorney Larry Krasner said.

Krasner added that he’s aware that “African Americans are ending up with worse sentences over and over than white people.”

Later in the interview, Meek made it clear that he’s not here for pity and instead wants to open up the world’s eyes to the plight of other young black men.

“I think God delivered me a job to helping people,” Meek said. “Helping minorities that come from these situations like myself. I say don’t show me no pity because this is my life. This is what I’ve been going through. And I think God put me in this position to be able to do a show with Lester Holt and open up eyes for other young black men.”

Meek Mill will appear back in court on Monday (April 16) for a hearing.