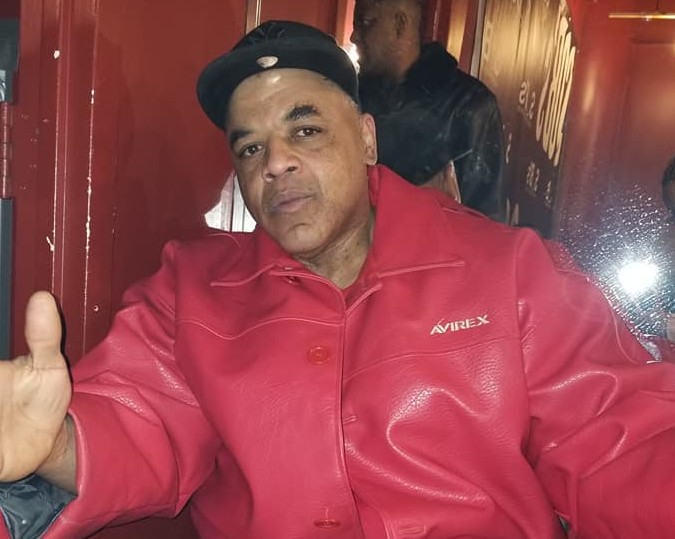 Queens, NY – New York City Hip Hop pioneer Chuck Freeze passed away on Sunday (April 1). According to the New York Daily News, the 54-year-old founding member of The Jazzy 5 was found “unconscious and unresponsive” at his home in Hollis, Queens.

The Jazzy 5’s song with Afrika Bambaataa, 1981’s “Jazzy Sensation,” was famously sampled by the Beastie Boys for two tracks on 1989’s Paul’s Boutique — “Hey Ladies” and “Shake Your Rump.” It was also sampled by artists like De La Soul, Prince Paul, Steinski and Double Dee.

Several of Freeze’s close friends spoke to HipHopDX about his impact on Hip Hop culture, including co-founder of the iconic Hip Hop show Video Music Box Ralph McDaniels, who talked to Freeze on a weekly basis.

“I had my last conversation with Chuck Freeze last week about new technology and his understanding of how Hip Hop should embrace all aspects of what’s happening now,” McDaniels told DX. “He taught me a few things I didn’t know that night. Thank you Chuck A Luck for your time. Peaceful journey.”

“I knew Chuck since I was 15 years old,” Kevie Kev said to DX. “We also went to high school together at John F. Kennedy High School. He was one of my mother’s favorites. The only way I was able to go to see my legendary brothers back then is when Chuck was going, then my mother would allow me to go. I fell in love with DJing and one day Chuck happened to mention it to my mother. So, on my birthday she brought me some equipment from the advice of my friend Chuck. Since then, we both went on to become Hip Hop legends.”

Rahiem from Grandmaster Flash and the Furious Five admits he was caught off guard by the news.

“I was just with Chuck a few weeks ago at Oze Tavern in the Bronx,” he said. “He was in great spirits and didn’t appear ill at all, so I was completely taken aback by the news of his passing. May he rest comfortably in the living embrace of our creator.”

The Original Clark Kent added, “I had the pleasure of chilling and having great conversation with Chuck Freeze and Kev Rockwell at the event we did in Connecticut. My sincere  condolences to Chuck’s family.”

Fellow Bronx Hip Hop vet Kool Kyle said, “Chuck Freeze was a soldier for Bronx Hip Hop. He kept it 100 with his passion for his craft.”

MC Kimba, who dated Freeze for a few years and is the current COO of the Jam Master Jay Foundation, spoke on his talent.

“I knew Freeze since the beginning of Hip Hop,” she said. “He grew up in Soundview and I in Castle Hill. We, along with others, laid the foundation. His flow was melodic and his raspy voice was his trademark. I will always remember him as a big teddy bear. He was smart and loving, I will miss his presence and never forget how he changed my life.”

Rest in power. Your verse on jazzy sensation was one of my favorites. ?? https://t.co/btdAjBnN1C

RIP Mr Freeze of the Jazzy 5! my dearest friend family brother from another just got the news! I just spoke to him a few days ago!! damn!!! this is crazy!! heartbroken ?? @llcoolj @FINALLEVEL @MrChuckD pic.twitter.com/CwW3YVmlNZ

RIP to my good brother Chuck Freeze from the legendary Jazzy 5 Mc'https://t.co/GW0ObCXXB2 will be forever missed and so had much 1st hand knowledge. pic.twitter.com/vn1NTLvAH5

CHUCK freeze and other djs including my self received CITATION from city council pic.twitter.com/C5hf9sSVpf