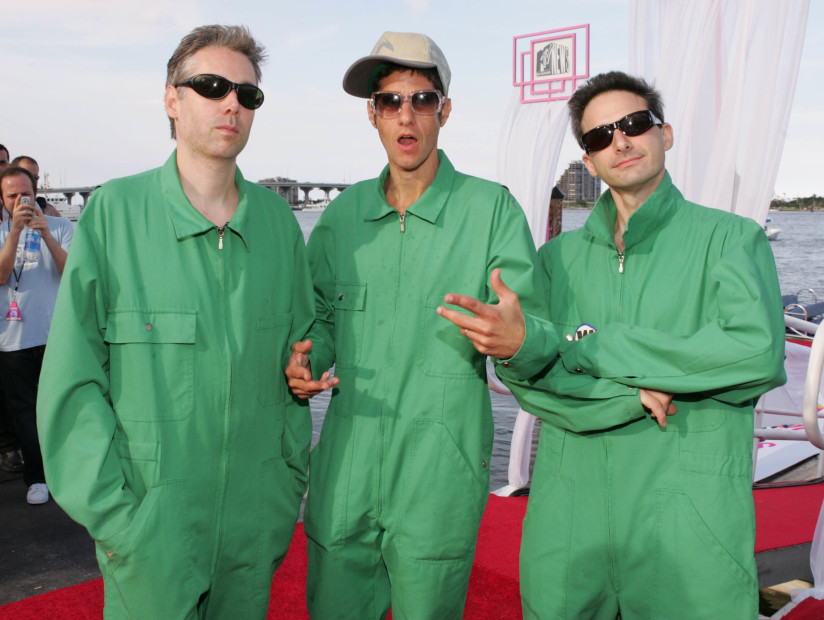 New York, NY – When the Beastie Boys officially stepped on the scene with 1986’s License To Ill, Mike D, King Ad-Rock and MCA were barely out of their teens. Before they knew it, three Jewish white kids from Manhattan had disrupted the entire Hip Hop landscape with their raunchy, in-your-face rap.

Along with their newfound notoriety, the Beasties felt like they still had something to prove. In a new interview with Vulture, Mike D recalled a moment in their storied history when the motley trio had its first “real” Hip Hop gig opening for Kurtis Blow and what led to them feeling like “fucking clowns.”

“After we started working with Russell Simmons as our manager, one of the first Hip Hop shows we played was at this club called Encore in Queens — Jamaica, Queens, I believe,” he explains. “We were so fucking stupid. We were like, ‘Oh, we have a real gig. We’re going to rent a limousine to get us there and get us back. We’re going to go out.’ We’d take all the money we were going get, all $125 or whatever it was, and hire that limousine.

“So we got the limo and because Run-D.M.C. was wearing Adidas suits at the time, we wore matching Puma suits — that’s where it was at. We were opening for Kurtis Blow, I think, so it was a big deal. So we get there and we, this bunch of white kids from Manhattan dressed in Puma suits, step out of the limo. The first comment we heard was, ‘Who the fuck are you guys, Menudo?'”

Needless to say, he quickly realized they’d made a mistake.

Following that lesson, the Beasties went on to release seven more studio albums — including the commercial flop-turned-classic Paul’s Boutique. But once Adam “MCA” Yauch succumbed to cancer in 2012, Mike admits it was almost like he was on an endless journey to fill the void Beastie Boys’ forced dissolution left behind. Consequently, it turned him into a bit of a nomad.

“After what happened with Adam [Yauch], I realized that life can be short,” he says. “Especially being a parent, the moments I appreciate most are when I’m with my kids and we’re all experiencing something together. It’s very difficult to do. Your kids get older and become more autonomous, and when you’re in that cave of Brooklyn or L.A. you’re going to default to a certain mundanity of existence. That’s not what I’m in the market for.”

He adds, “I think our lives are much more meaningful when where we’re moving around and experiencing things together.”

Elsewhere in the interview, Mike D also reveals that he thinks the initial failure of Paul’s Boutique needed to happen in order for them to dig deeper on subsequent albums like 1992’s Check Your Head and 1994’s Ill Communication.

“We were three fools trying to make something we loved,” he says. “We didn’t realize it was going to flop. But its flopping gave the album room to be embraced by people that didn’t or couldn’t connect to Licensed to Ill. There was also a big void for us after Paul’s Boutique.

“That album put a stink on the band because it sold so poorly. Nobody wanted to work with us, and that gave us the creative freedom to make Check Your Head. Then the process of finding a new audience and building new music culminated with Ill Communication. Out of all that came the commercial success of Hello Nasty. That’s the timeline.”