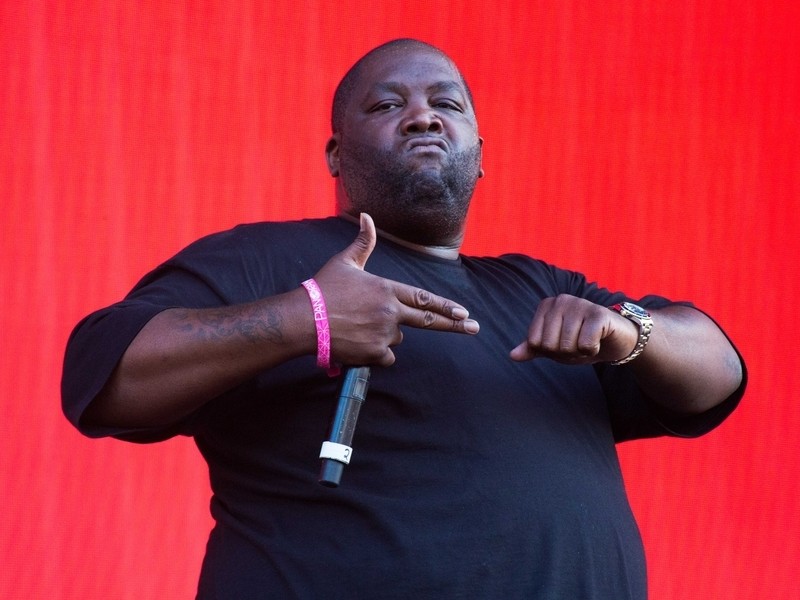 Killer Mike has been heavily criticized on social media after participating in an interview with the National Rifle Association’s 24-hour network. The backlash turned the Run The Jewels MC into a trending topic on Twitter on Saturday (March 24) and prompted him to address his critics.

The interview became a lightning rod for controversy after the NRATV published a clip on Saturday, which coincided with the gun control-advocating March For Our Lives protests. Mike’s statement about the recent school walkouts to protest gun violence were specifically highlighted by NRATV’s Twitter account.

“I told my kids on the school walkout, I love you, if you walk out that school, walk out my house,” he said. “We are not a family that jumps on every single thing an ally of ours does because some stuff we just don’t agree with.”

"I told my kids on the school walkout, I love you, if you walkout that school, walkout my house…we are not a family that jumps on every single thing an ally of ours does because some stuff we just don’t agree with.” –@KillerMike #MarchForOurLives pic.twitter.com/Gx8JLntmZ8

Mike spent hours on Twitter defending himself, responding to critiques about being a pawn in NRA propaganda and his stances on gun ownership. According to the veteran rapper, he was willing to use the NRA platform if his message could reach just one black member.

“I think CNN & Fox are view point propaganda machines,” he noted. “I have appeared on both. My concerns are with the Blacks in America living under domestic terror that no one seems to wanna address.”

I think CNN & Fox are view point propaganda machines. I have appeared on both. My concerns are with the Blacks in America living under domestic terror that no one seems to wanna address ??‍♂️ https://t.co/CsDs6iDRFy

That’s Fine. I know u know media outlets don’t love us BUT I do and if it’s one black NRA member that needs to hear it I said it. ??‍♂️ https://t.co/EtSquAapKN

Yeah folks can disagree with stance or format but I ain’t paid or a liar. I hope black folks watched and paid attention https://t.co/Kh4Nh3QckF

Discourse ain’t always in the forum we want but it’s important we have it. I hope as an ally we don’t make the mistake that the women’s suffrage Movement and th abolitionist Movement suffered during reconstruction

Joy I did an interview. That’s no more a “co sign” than me doing your show. That org used my words to Black America to inflame organizers of this worthy march but i ain’t their rep. I’m just a black guy who is pro 2A & told others to be. Also it was a week Old. Love & Respect https://t.co/L4WNY7hRDn

Outside of the controversy over appearing on NRA TV, Mike made it clear he was against gun control. In his mind, the issue was a matter of black Americans being able to defend themselves.

No I didn’t Told Blacks Don’t dis arm while calling a potus hitler. I will say the same in Fox, CNN and your podcast. I did the interview I didn’t say agree with me or them but u trying to
Play me know. Even tho i still fuck withbya Shaun. When they come for you I’m here still https://t.co/6zclhhDLmS

I care that blacks stay ready to defend if need Be. That’s my only point https://t.co/qKnJ1w2YRC

That’s all I am saying “black people don’t dis arm when u say the Govt is the enemy”. It makes no sense. I have no issues with anything else at all https://t.co/pb0sfMpiXY

While prominent activists and regular Twitter users alike expressed disappointment and condemnation, some Hip Hop artists spoke out as well. Vic Mensa directly challenged Mike on the issues of AR-15 rifles. JPEGMAFIA lambasted him for allowing the NRA, which has come under fire for its lack of response to the deaths of black gun owners like Philando Castile, to push “faux diversity.”

To @KillerMike : YOU DONT NEED AN AR-15. As a black man & fellow gun owner I would like to have a debate with you about your stances on gun-control.

As a gun owner both u Niggas are crazy. And the NRA used y’all to promote faux diversity and shit on your own people. if u choose guns over your own kids your just insane. https://t.co/tdu8SNSBiJ