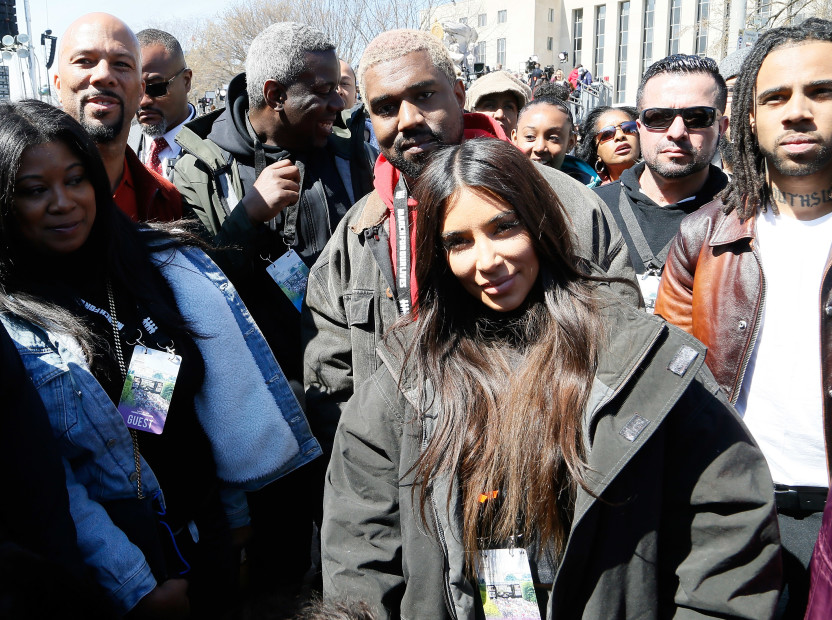 Paul Morigi/Getty Images for March For Our Lives

Washington, D.C. – Thousands of people descended on Washington D.C. for the March For Our Lives rally on Saturday (March 24), including Kanye West, Common and Vic Mensa.

Mensa and Common (along with Andra Day) performed at the event, while Ye was there with wife Kim Kardashian-West and their daughter North.

We are here. #MarchForOurLives

The movement was sparked by the recent Stoneman Douglas High School shooting in Parkland, Florida, which claimed the lives of 17 people. It was one of the deadliest school massacres in modern history.

The event was organized by students and the nonprofit organization Everytown for Gun Safety. They are hoping this will lead to stricter gun control.

The D.C. function inspired cities around the country to host rallies of their own. From Los Angeles to New York City, countless people stood in solidarity.

Those who couldn’t attend the various events took their support to social media. From DJ Khaled to Snoop Dogg, the Hip Hop community represented.

Check out some of the tweets below.

I’m so happy I got to share this moment with these two ❤️❤️ . I hope North remembers this forever pic.twitter.com/wJRRAvW9tC

Michelle and I are so inspired by all the young people who made today’s marches happen. Keep at it. You’re leading us forward. Nothing can stand in the way of millions of voices calling for change.

#MarchForOurLives is THE CORRECT & ONLY hashtag of the movement (those others are troll related) RT now please https://t.co/m0WF810eC6

Proud of all the kids sharing their message of peace 2day ?? Protect kids, not guns! Use your voice n let’s fix this #IWillMarch #MarchForOurLives pic.twitter.com/gYZwBj14cS