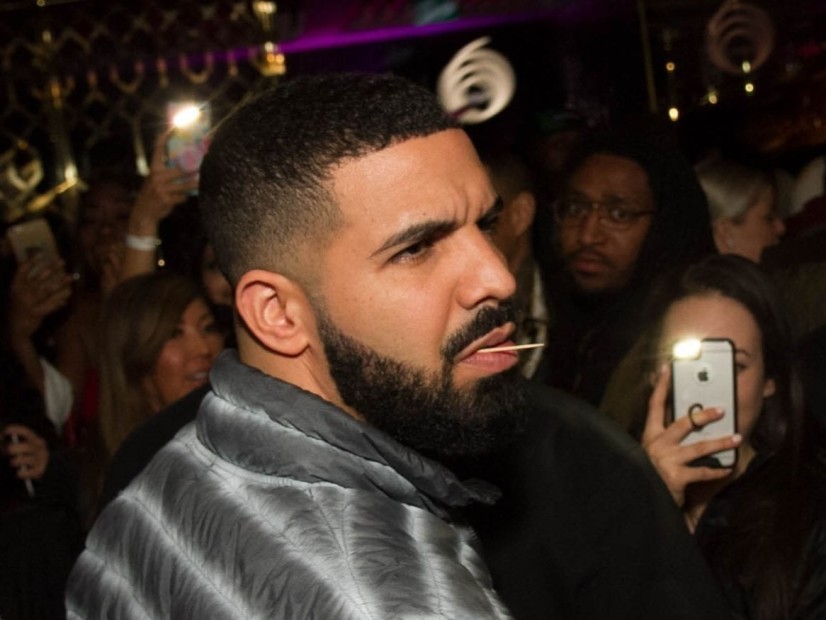 Drake was back in his hometown of Toronto on Friday night (March 9) for the Toronto Raptors vs. Houston Rockets game.

At one point during the event — dubbed “Drake Night” — the 6 God took center court and briefly talked about his next album.

“I love each and every one of you, I’m happy to be home,” he said. “I’m working on this new album for the city. Yeah, that’s right. And by the looks of it, tonight, this win streak is over, so let’s go get it.”

The new album will mark his follow-up to 2017’s More Life playlist.

Drake says he’s working on a new album for Toronto and that the Rockets 17 game win streak is ending tonight. ??

After the game, which saw the Raptors crush the Rockets’ 17-game winning streak, All-Star Chris Paul invited James Harden and other members of the Houston Rockets to join him for a D’USSE-sponsored dinner at Drake’s newly-opened Toronto restaurant, Pick 6ix. DeMar DeRozan, who made the winning shot, was the only member of the Raptors to show up at the dinner.

Drake and his best friend Chubbs joined the celebratory crew at the restaurant where they dined on lobster and braised short ribs.[apple_news_ad type=”any”]

If two vegans are angry at each other…is it beef?