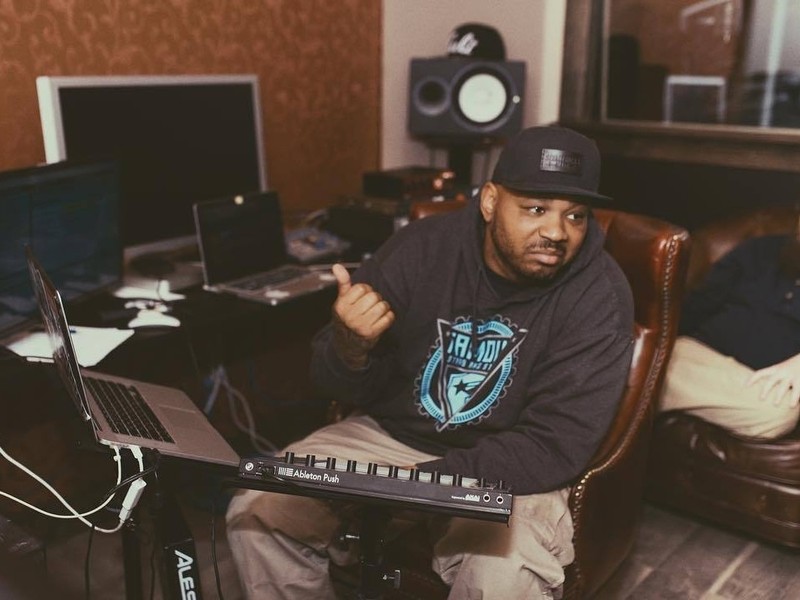 WLPWR has been Yelawolf’s go-to man for beats for essentially his entire career, but the veteran producer was noticeably absent from Yela’s latest LP, Trial By Fire. WLPWR still had plenty on his plate though, playing a major role in the creation of Big K.R.I.T.’s double album, 4eva Is A Mighty Long Time.

HipHopDX had the opportunity to speak to the skilled beatmaker about his work on the acclaimed K.R.I.T. project plus get the inside scoop on Yela’s next album, Trunk Muzik 3. WLPWR delved into why he stopped collaborating with Yela in recent years and what brought the two back together in the studio.

On Working With A Capable Producer Like Big K.R.I.T.

“I think the best dynamic about it is he was a really dope producer, so coming into this situation, I was looking forward to collabing with him as opposed to just walking in and actually producing on my own or presenting music. I went into the studio already expecting to or looking forward to collabing. And what was really dope about it was he was open to both. He was at a point in his career where he was like, you know, this album I want to do a little bit of both. A lot of these situations, I just want to be a rapper and tell my story. And then in some situations, he wanted to collab and do things. And then, of course, some situations on his album he produced it himself.”

On Creating “Price Of Fame”

“It was a weird situation. I came into the studio that day and K.R.I.T. was kind of going through something personal. The vibe was a little more serious this particular day. I had this beat that I was working on, and I played it for him, and he just immediately gravitated to it and was like, ‘Yo, this is perfect for what I’m thinking about right now.’

He went straight into penning it. It was one of those situations where … that was one of the records where the creation and the actual recording of it kind of went down in the same session. ‘Cause a lot of times we would make music, and we would sit with it before he actually wrote to it or things like that. But this particular one, man, it hit. It was so dope what he had been saying on this record. How he talked about, you know, some of his vices and what it’s like to be famous and what he has to deal with in that type of situation. It was really a perfect storm, and so I kind of feel like the vibe of that session is what really helped him come up with that record.”

On Teaming Up With Yelawolf Again

“I’m super excited, man. I think this is an amazing time for me in my career. Yela’s been doing some extremely good things in his own career. We took a little break from working with each other after Love Story. I produced a great majority of the Love Story album and so we just kind of chilled. I think the next step for him was to explore producing on his own. And so recently, he hit me up and we just … Like brothers, we just decided to go ahead and do it without hesitation. I’m telling you, man, it’s really incredible. We’ve been in the studio. We’ve got 10 or 11 records done right now and I’m telling you, people should be really excited to hear this stuff. It’s really creative and really, really … We’re pushing the envelope.”

On If Their Collaborative Dynamic Has Changed

“He’s leaning on me to some extent, but a lot of people don’t realize that he’s really involved with the production process. He is a producer himself. But it’s the same as we’ve always done. He just kind of lets me live in the producer world, and he lives in the artist world. But it would be naïve of me to say he has nothing to do with the production side of it because he certainly does. He’s very particular about his cadences. He’s very particular about what type of sounds will inspire him. So, I’ll probably get to wear the production hat in the instance. However, I wouldn’t dare say production credit-wise it’s just all me.

“I think we’re just a really great collaborative team. I think that he and I have been doing music so long together, it’s kind of like being on a championship team, man. You know, two guys have been playing together forever. It’s like we know exactly what the next move is. And so musically, at first I was a little worried about whether or not we would be able to lock back in so quickly being that we haven’t worked with each other in close to four years. But then I think about it … I’ve been working with him for 16 years, so that kind of overrides the moments that we weren’t doing music together. So as soon as we got in the studio, man, it was like, ‘Oh shit, this is what we do.’ So I’m excited, man, ’cause it’s a really good feeling.”

It's all in the details. Great music has details. @yelawolf x @wlpwr x @_dcx1 ? @ounzezilla aka @edward.crowe

On His Friendship With Yelawolf

“Yela and I have been friends since 2001, so we really know each other. I was there when his youngest first came to life and all of his kids and, you know, he was there for my kids. So we really have a real, you know, kinship going on. Just like family members though, we have moments where we didn’t agree on things or we thought about things differently. We’d go away from each other and come back to each other, so it’s just kind of a real life thing with us as far as the friendship is concerned. But he is my brother, and we always seem to work out any differences that we have. We’ve never had anything major happen. So, there’s no real issues that we’ve ever had to face.”

“Nah, I wasn’t really … I didn’t fall out because of that. We just kind of went our separate ways. I think creatively, on Love Story, he and I had just kind of … I guess it’s safe to say we had just kind of had enough of each other for a while. You know what I’m saying? We had done four albums together. And like I said, it wasn’t even like a moment that happened. It wasn’t like we had an argument. We both just kind of moved on for a little while. I still attended concerts, and he still kept up with me on social media, and every now and then we would still text each other. When I saw the situation with the Rebel Flag, it was a little bit … I didn’t understand it. But it didn’t have anything to do with us not talking. Yeah, I mean, it was a strange moment, but I really didn’t study it enough to understand what it was really about.”

On Producers Struggling To Get Properly Compensated

“If I could give any advice to producers it would be, be careful of being exploited. That’s really the key to this. There are still people still doing straight-up business over records. They’re paying people properly now. The scale of pay has changed tremendously from the early 2000s to now, so you’ve got to expect that you might not be able to get market value from 2000 in 2017. But at the same time, you still could be earning a living and making money as a producer as long as you’re not setting yourself up to be exploited.

“And I say that because a lot of cats are doing things like sending records to their favorite artists with no business attached and so they respond with no business, and it’s kind of like you feel like you got jerked, but you really kind of set yourself up to get jerked. In most cases, it’s really just a conversation. If somebody really wants to work with you or you really want to work with someone, then you’ve got to establish some style of business to take place in between in.”

His Advice For Up-And-Coming Producers

“Work locally. Start with those around you. Start to generate a pattern of business. When I first started producing some time ago, I still charged money, even for local acts. Now, I might not have been getting great amounts of money, but I got myself into the practice of being paid for the work that I was doing. And then secondly, I would say if you’re not into that world, you have to find your artists. You have to find an artist to develop. The best way to guarantee a situation as far as being paid is concerned is signing an artist. Having an artist, taking the artist into a label, hopefully get them signed, furnish the deal, and you’ll be a part of the DNA of that for however long it is. I think the secret to me and Yelawolf was I was around for the beginning of it, which is the reason why I’ve been around so long. We came in together, so we just worked until we just couldn’t work anymore.”