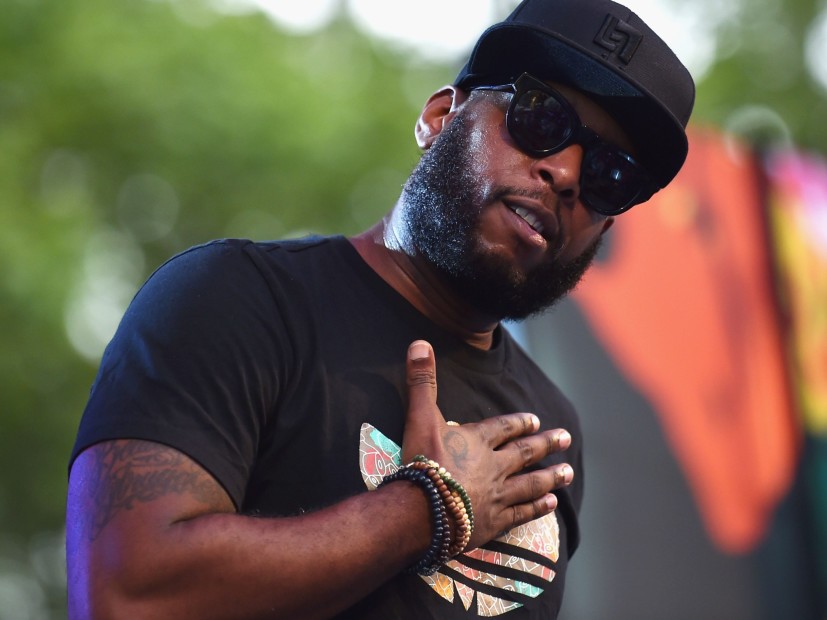 Boulder, CO – Yasiin Bey set the internet ablaze after proclaiming Black Star was working on a Madlib-produced follow-up to 1998’s Mos Def & Talib Kweli Are Black Star earlier this month. But the announcement came as a surprise to his Black Star partner Talib Kweli.

Tucked away in the smoke-filled green room of Boulder’s Fox Theatre on Tuesday night (February 27), Kweli spoke about the nearly mythical Black Star reunion album and his own latest solo project, Radio Silence.

While Bey’s proclamation was — in fact — news to Kweli, there’s a strong possibility it could manifest, although it’s an idea the two have been toying with for years.

“It looks like it might happen,” Kweli told HipHopDX. “I found out on the internet the same way y’all did. We’ve been talking about doing an album with Madlib for years. That’s been an idea we’ve had for so long, but for him to make that announcement … I didn’t know he was going to make the announcement.

“He went to a Madlib show and he got hype. It’s not like we discussed it and said, ‘Ok, we’re going to announce it.’ I got off the plane, I landed and was like, ‘Oh ok.’ It’s an idea we have been discussing for a long time, now we just gotta make it happen.”

Bey’s announcement came during a Madlib DJ set in Denver and had Hip Hop purists salivating at the thought of it actually coming to fruition. A week later, Bey mentioned he’d recorded the first verse for the Black Star reunion album during an appearance at the Noise Pop Festival in San Francisco, but Kweli had been relatively mute on the topic aside from some sly comments on Twitter.

“Live my life in the sunshine. Bust rhymes beautiful as the sunrise.”

When asked who some of his favorite collaborators have been over the course of his career, Kweli replied quickly, “Obviously Black Star and Reflection Eternal, but really all of them.”

There’s still one person on his list he (surprisingly) hasn’t had a chance to work with yet — DJ Premier.

Elsewhere during the event, tourmate Niko IS kept the crowd warmed up with his polished set before Kweli hit the stage. The tenured MC then performed a mix of classics and newer material from Radio Silence, including the Waka Flocka Flame-assisted joint, “Chips.”

The video for “Chips” played behind them on a giant screen as Kweli rattled off his verses with absolute precision.

At one point, Kweli told the audience, “I have a message from my friend Dave Chappelle.” Suddenly, the legendary comedian appeared on the screen and delivered his version of a PSA about the dangers of social media.

“I’ve never seen Paul Bunyan but I know who the fuck he is,” Chappelle said. “You gotta make ’em talk about you. You gotta make ’em experience you. I’m saying this to all you young people out here who look up to Kweli and maybe even me unwisely.

“Happen in real life … pull that fuckin’ feeding tube out of your stomach and get first-hand information. Know for yourself what it feels like. Then you too can become a super human, empathetic person. You can care about people you never met and worry about problems you’ve never even had. This has been a real nigga PSA.”