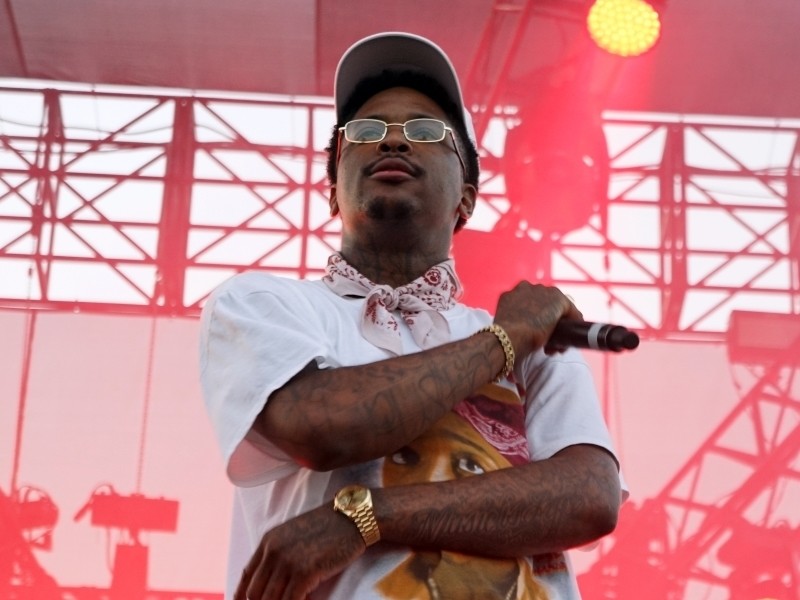 YG Unveils Title Of Next Album

YG turned his NBA All-Star Weekend festivities into an album announcement. During The Boogie Festival, an all-day event in Los Angeles that was partially streamed on TIDAL, the creator of “FDT” told the audience at home and in attendance that his next album would be titled Stay Dangerous.

“Listen, I got a public service announcement and then I got one more muthafuckin’ song,” YG said. “If y’all one of my real friends, y’all gonna be real muthafuckin’ happy about this shit. It’s been a long time coming. My muthafuckin’ new album on the muthafuckin’ way, Stay Dangerous, god dammit. Y’all the first ones to hear that shit.”

YG’s album revelation comes just a few days after he dropped his first single of 2018, “Suu Whoop.” Prior to its release, the Compton MC’s musical output came in the form a collaboration with Nipsey Hussle — “Last Time That I Checc’d” from the recently released Victory Lap LP.

No release date for Stay Dangerous has been announced. The album will serve as the follow-up to YG’s critically acclaimed Still Brazy, which was released in 2016.