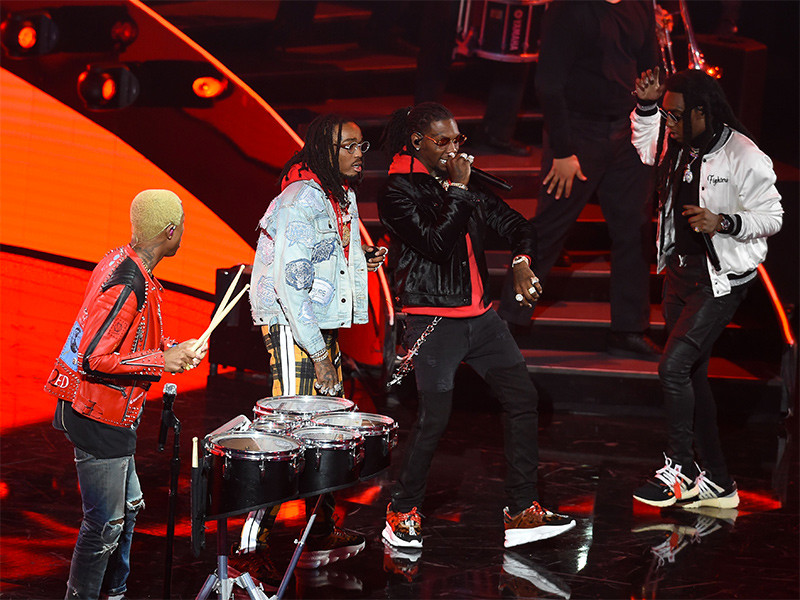 The group had the audience at the Staples Center on their feet as they performed a medley of hits, including “1000” and the Rihanna-assisted “Lemon” (minus Rihanna) off their most recent album, No_One Ever Really Dies.

The halftime entertainment has been met with mixed reviews by fans online, with both N.E.R.D and Migos’ performances being questioned by those who tuned in.

i wouldn’t even spend a penny to watch this halftime show. they were barely speaking, the migos had auto tune and I couldn’t hear NERD at all. smh ?

NERD shoulda did all the classics and the Lemon joint and dassit. The real fans care. Leave Migos in the crowd and out of your moment.

Congratulations #NBAAllStar2018 half time show was LIT!!! #NERD and #Migos showed all the way out! Keep going UP! Enjoyed it all!!

Quavo picked up the MVP trophy at the NBA All-Star Celebrity Game on Friday (Friday 16). He finished the game with 19 points and five rebounds for Team Clippers, who defeated Team Lakers 75-66.