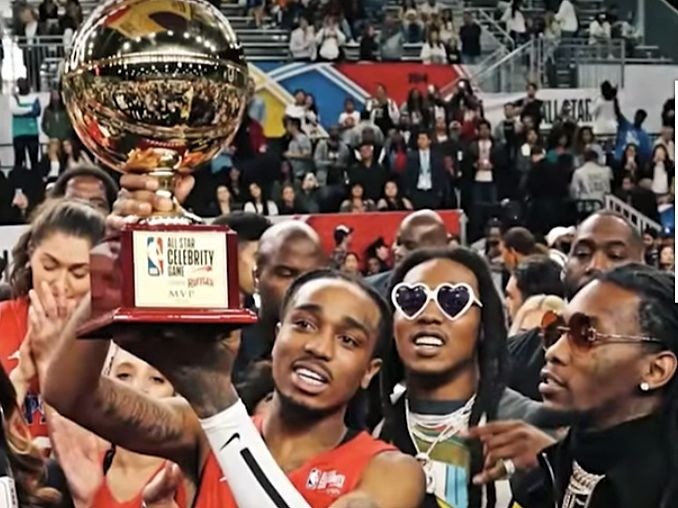 Offset and Takeoff were on deck to witness their Migos brethren Quavo pick up the MVP trophy for his performance at the NBA All-Star Celebrity Game on Friday (February 16).

Quavo finished the game with 19 points and five rebounds for Team Clippers who defeated Team Lakers 75-66. The ATL rapper told ESPN he was just one point shy of his goal.

“I tried to go for a 20-piece, but as long as I had the most points on the floor that’s the way to go,” he told reporter Cassidy Hubarth.

Quavo has been known to show off his balling skills. Last year, he hit the court for a little 5-on-5 action and proved he’s a beast when it comes to hoops — layups, three-pointers, free throws — whatever .