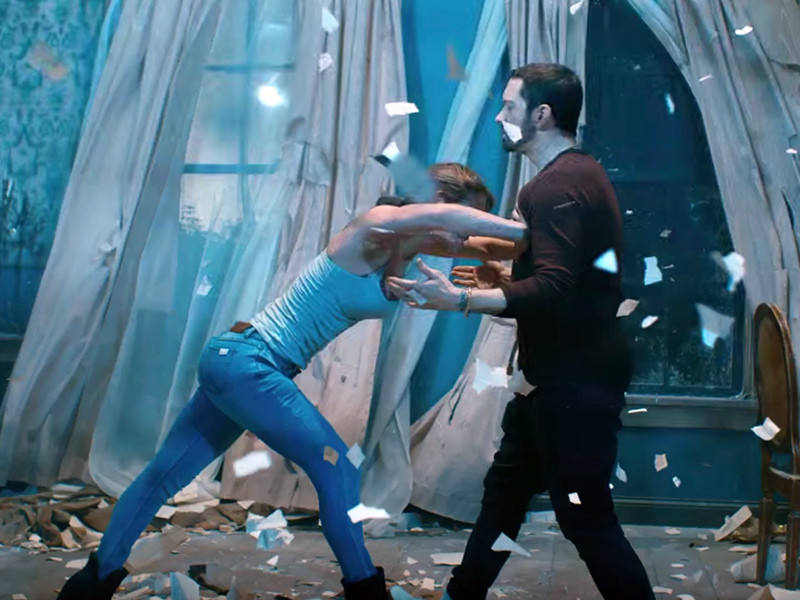 Eminem has kept his promise to make (Wednesday) February 14 an “Unhappy Valentine’s Day” with his new video for “River” featuring Ed Sheeran.

The nearly seven-minute visual kicks off with someone asking Em, “What does love mean to you?” From there, we see flashes of a violent relationship between a man and a woman (played by actress Sarah Ashley Toups) in between scenes of Shady rapping and Sheeran singing the chorus.

The song’s lyrics, which revolve around infidelity, are easily brought to life with the powerful visual.

(The last update on this article was published on February 12, 2018 and can be found below.)

After a video featuring Eminem and a “mystery women” went viral last Friday (February 9), many assumed it was leaked footage of Slim Shady’s new girlfriend. But it turns out, it was marketing promo for Em’s upcoming video for “River” featuring Ed Sheeran.

Check out DX’s detective work into the video below.

(The original version of this article was published on February 9, 2018 and can be found below.)

A video of Eminem and a “mystery woman” started circulating on social media Friday (February 9), leading many to speculate it was leaked footage of Slim Shady’s new girlfriend.

So let the river run… @teddysphotos on set #REVIVAL

“River” tells the story of a crumbling romantic relationship. The man has been cheating on his girlfriend and when she uncovers his infidelity, she retaliates by hooking up with Eminem.

In the now-viral video clip, the woman is sitting on the bed of an inexpensive hotel room. Eminem walks in, greets her and says, “I was spotted on the way in.”

Considering “River” is about cheating, the hotel setting makes sense and his concerns about being seen fit the narrative.

Leading up to Revival‘s November 2017 release, Em’s camp employed ample amounts of viral marketing to build hype for the album.

Manager Paul Rosenberg kicked things off with an Instagram post with a giant backwards “E” (Eminem’s logo) in a fake prescription ad on a building in the background.