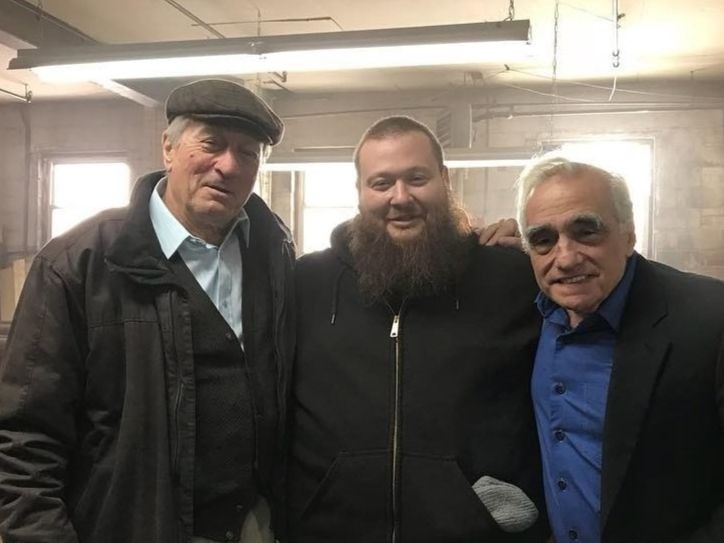 He sings. He raps. He cooks. He smokes a lot of weed. Now, Action Bronson can add “seasoned actor” to his resumé after scoring a role in the new film The Irishman, according to Billboard. Directed by Martin Scorsese, the Netflix film stars Robert De Niro, Al Pacino, Ray Ramano and Joe Pesci.

Based on Charles Brandt’s book I Hear You Paint Houses, The Irishman follows Frank “The Irishman” Sheeran (played by De Niro), a mob hitman allegedly involved in the death of Teamsters boss Jimmy Hoffa (played by Pacino).

When reached for comment, Bronson’s manager told HipHopDX they “can’t really talk about it right now,” so it’s unclear what role he’s been given.

The Queens MC hit up Instagram last week to share a photo of himself with De Niro and Scorsese, which he captioned, “Religious Art.”