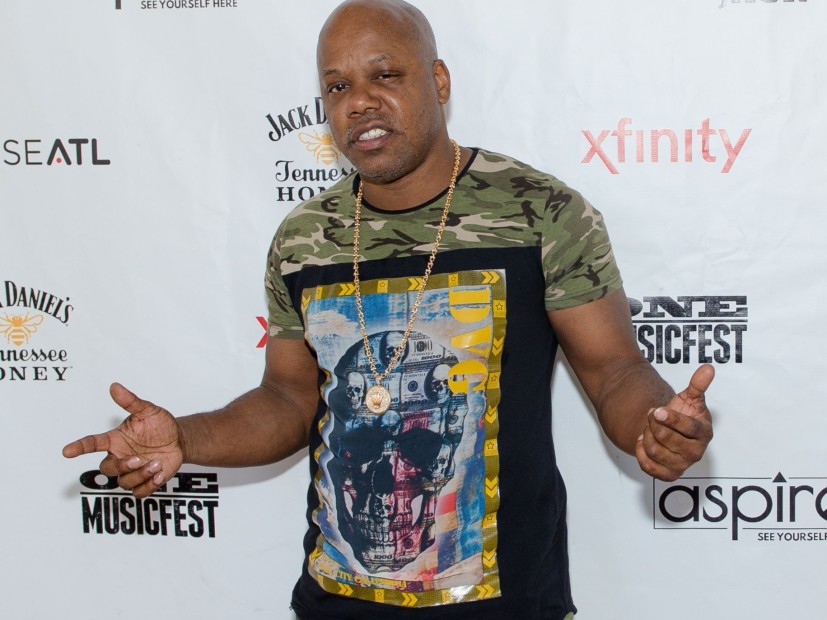 According to TMZ, $hort is suing for defamation, slander and damages.

Last month, $hort reportedly provided several raunchy text messages that he says prove he and Louis were dating, and says the rape accusations are money motivated.

Rob Reichman and Sean Macias — $hort’s lawyers — insist there’s zero evidence to substantiate her allegations. The District Attorney reviewed the case and decided not to pursue charges against the “Blow The Whistle” MC but Louis is persisting.

$hort alleges Louis also filed a false police report and because of her accusations, he’s losing money. In the suit, Reichman and Macias added $hort believes several business deals have recently gone south because of his soiled reputation.

(The previous version of this article was published on March 8, 2018 and can be found below.)

After Too $hort was accused of sexual assault by Teana Louis in January, the Bay Area rap pioneer adamantly denied all allegations and now, he says he has proof she’s lying. According to TMZ, $hort has disclosed a string of salacious text messages that he says prove the two were dating.

$hort’s attorneys, Rob Reichman and Sean Macias, reportedly filed documents on Wednesday (March 7) that show Louis was sexually pursuing the veteran rapper. In the text messages, Louis, who is suing $hort for sexual battery, reportedly says she loves him and refers to herself as his wife.

Louis reportedly also mentions his “big penis,” while another text reads, “Baby I wish you were here right now, just talking to u on the phone makes me wet.”

Reichman and Macias assert there’s no evidence to back up her claims of sexual assault. $hort believes her accusations are money motivated.

(The original version of this article was published on January 23, 2018 and can be found below.)

Teana Louis, a woman who alleges Too $hort sexually assaulted her multiple times in 2016, is reportedly planning to sue the legendary Bay Area rapper for sexual battery. But according to $hort, they never had intercourse and her accusations are simply a ploy to extort money from him. He denies any sexual assault ever took place.

“Once again, I am reading false allegations about myself in the media,” $hort tells HipHopDX. “I have not been served. However, if there is a lawsuit against me, at most it is an extortion plot and at the least an attempt to defame my character.

“These are the same accusations from over a year ago, which were falsely reported then as criminal charges,” he continues. “At that time, there were no charges, never an investigation and there was no lawsuit. I released a statement saying as much and refrained from attacking my accusers character. I did not sexually assault her and I will now resume the suit I had begun to file against her for slander.”

The “accusations from over year ago” he’s referring to stem from March 2017, when the Hella Disrespectful MC was alleged to have raped an artist who was previously signed to his label, something he also refuted.

In regard to the most recent allegations, TMZ reports they obtained court documents filed by Louis that say $hort held her down and had vaginal sex with her, and “brutally sodomized” her.

$hort, who recently dropped the new single “You Came To Party” as part of the Meter Mobb, vows to move ahead with the countersuit to clear his name.