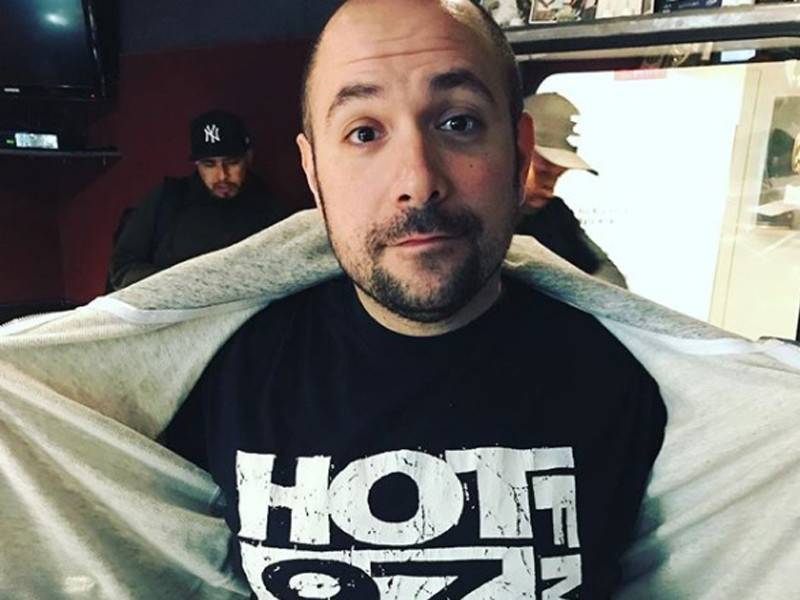 New York City, NY – Peter Rosenberg, who (among several other titles) is a co-host on Hot 97’s Ebro in the Morning, announced via his Rosenberg Radio that he had made a resolution for 2018 — releasing an album.

“I’ve had an idea about doing an album for a long time,” Rosenberg said at the top of the program, noting that he had simply been distracted until now. The project, he explained, would be a compilation.

Throughout the podcast, Rosenberg played tracks from his deep catalog, including “The Heater” by Raekwon and “Tapas” by Action Bronson (with scratches by Rosenberg).

Rosenberg has already released two mixtapes: What’s Poppin’ Vol. 1 in 2011, and The New York Renaissance in 2013. He’s worked with an impressive list of underground and (now) major acts that range from Action Bronson and Homeboy Sandman to Kendrick Lamar and Rapsody.

“I’ve always known that [with an album] I could do something special based on the relationships I’ve developed and my ear,” he said.

Though he has yet to take the album beyond the conceptual phase, he did explicitly note one goal he has.

“I want Black Thought and Chris Rivers to do ‘Super Lyrical Pt. 2,'” he said, referring to an updated version of Big Pun’s 1998 track that would feature the late MC’s rapper son.

A few other names he also seemed eager to include were Kool G Rap, Scarface, Bishop Nehru, Styles P, and Pro Era.

“I’m getting excited to put this together,” he said at the conclusion of the show. “Tell a friend to tell a friend … the album is coming soon.”

Check out the full episode here.