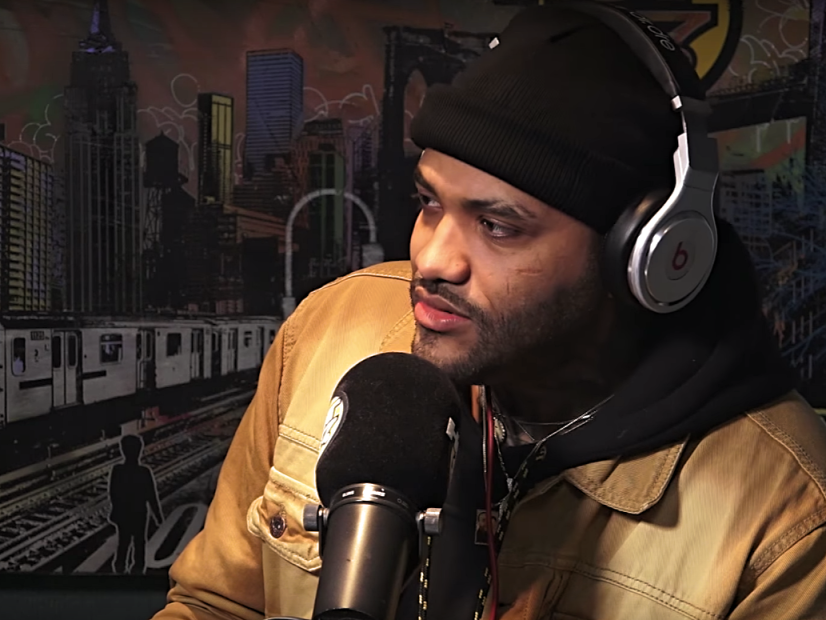 Joyner Lucas was a recent guest on Hot 97’s Ebro In The Morning where the “I’m Not Racist” MC spoke on a variety of topics, including the current state of Hip Hop. Around the 12-minute mark, the Massachusetts native talks about his feelings towards promoting drug use in music. He specifically mentions Lil Wayne, who has openly professed his love of Lean, and Future, who has multiple songs about popping pills.

“I’ve never been into artists promoting drugs,” he said. “When you say those things, you telling the listener to go do the shit. At the end of the day, I don’t promote any artist, I don’t care who the fuck … Wayne … it don’t matter who you are. Anytime I hear an artist promoting drugs … even Future, ‘Percocet, molly, Percocet,’ I don’t like that shit.”

“Let’s not promote that,” he continued. “Let’s not get these kids to start doing this shit ’cause they will. They will do this shit. They are.”

Elsewhere in the interview, he addressed the Lil Pump “Gucci Gang” controversy and reiterated that it wasn’t a diss track.

He also dove into the concept of the “I’m Not Racist” video and touched on some of the backlash he received as a result of its racially-charged content.

“I can’t make everybody happy,” he said. “That was calculated as well. There would’ve been no resolution if I would’ve went as hard with the black cat as the white man. I didn’t want to do that because I wanted to create a resolution, so I let this white man speak. I let him do his thing, but if I would’ve just straight up bashed the shit out of him like people wanted me to, then I feel like I would’ve been adding to the problem.”