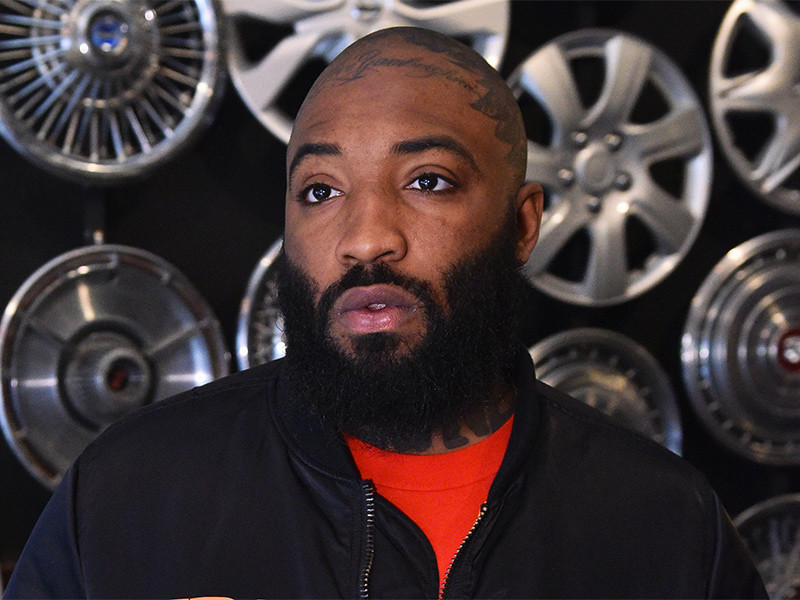 A$AP Mob co-founder A$AP Bari is being sued for allegedly sexually assaulting a woman earlier this year, according to TMZ.

In mid-July, Bari (real name Jabari Shelton) was in London to host a pop-up shop for his VLONE clothing brand. While in the U.K., Bari was reportedly held by local authorities in connection to a sexual assault that allegedly took place in a London hotel room. The incident was captured on video and later began circulating online.

In legal documents obtained by TMZ, the woman in the video – who hasn’t been publicly named – claims that Bari stormed into her hotel room and yelled, “You fucked my assistant, now you are going to fuck me.” When she refused, the woman alleges Bari pulled the bed sheets off to expose her while his friend recorded the whole incident.

The woman claims she retreated to the bathroom while Bari yelled, “I’m going to fuck you, you are going to suck my dick.” In the lawsuit, the woman alleges Bari eventually threw her naked into the hotel hallway.

The woman claims she reported the incident to hotel security and asked them to call the police. While it’s unclear why authorities would do so, the documents claim that officers arrived and later deleted the video from A$AP Bari’s phone.

The alleged incident was captured on video and quickly spread online. The footage resulted in a number of stars, including A$AP Rocky, A$AP Ferg and A$AP Mob affiliate Playboi Carti, all publicly condemning Bari, who later issued a statement to Billboard responding to the allegations against him.

“A misleading video clip featuring adult content and activity has been released to the public without my knowledge or consent,” Bari said a short while after the allegations came to light. “Comments about myself or anyone being detained or arrested are false. We have resolved this issue amicably among all parties as adults. We were friends before this and will remain friends afterwards. Being raised by strong women who taught me to respect everyone, I’m disappointed in the situation as well as myself and will reflect on the situation appropriately.”

In the lawsuit, the woman claims that Bari attacked her because she rejected him in a nightclub the previous evening. She adds that Bari’s legal team tried to coerce her to release a joint statement saying there was no assault. The woman has refused and is now suing for more than $1 million.

After the disturbing allegations and subsequent video surfaced in July, Nike was quick to cut all ties with A$AP Bari. The company had originally teamed with his VLONE clothing brand to produce exclusive versions of the Air Force 1 sneakers, a pair of which later garnered a bid of $94,700 on eBay. A number of other Nike and VLONE collaborations were in the works but were quickly scrapped after the damning claims and footage came to light.