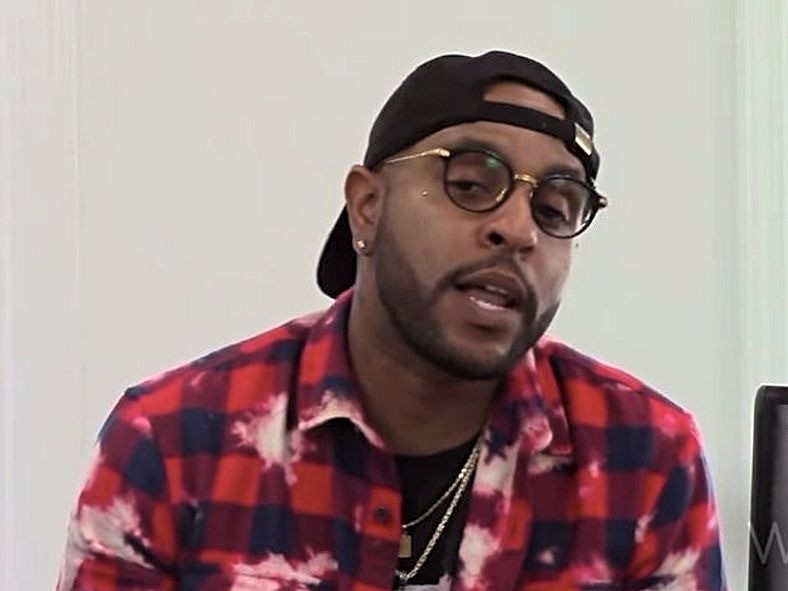 Los Angeles, CA – Too often, being a songwriter means one’s own artistry takes a back seat but not in the case of Verse Simmonds. The Puerto Rican wordsmith has penned hits for stars while simultaneously putting out his own music.

Simmonds recently stopped by DX HQ to chat with the #DXLive team about being a songwriter, working with Chris Brown and his recently released project, Diamonds.

“When I did my first record deal, when I first put out my first single, ‘Buy You A Round,’ that was big for me,” he continued. “That was a moment for me. When I did ‘Who Gon’ Stop Me’ for JAY-Z and Kanye [West], that was another moment that kind of lead me to know that, ‘Hey, you got a spot here.’ When I did ‘New Flame’ with Chris Brown, that was another. I have those moments, for me, I wanna say every year.”

Simmonds has enjoyed a fruitful relationship with Brown over the course of his career and has worked on five tracks on the Breezy’s 2015 platinum album, X.

“Our relationship is really cool,” he told DX. “It’s really a good, working relationship. We work together, we create records together and it’s always blessed. He put me on [Heartbreak On A Full Moon] and he didn’t have to put me on his album. The features he has are very big features but he put me on the album because the song is dope. Actually, it’s funny because that particular song was a song that I was gonna keep for myself. This is where you gotta become smart with business like, ‘You mean if you keep this record you’re going to put it on your album? Yeah, let’s do that.’ So for me when it comes to situations like that, I’m very unselfish. I create records every day. To me, I create hits every day so I’m always willing to let the record get the most light.”

As far as his own music goes, Simmonds is fresh off the release of his new EP, Diamonds. During the conversation, he explained the meaning behind the title.

“I named it Diamonds for a few different reasons,” he said. “One, because in my career I feel like I’ve been that diamond in the rough. That’s been kind of like my struggle as an artist and songwriter is that I’ve been doing it for a while; people know the name [but] they don’t necessarily know the face. So for me, it kind of keeps me new at the same time. I’m always a new artist. Every year, I’m a new artist.

“With this project, I named it Diamonds because diamonds come from the coal. It comes from a dirty place and now it’s regarded as some of the most precious stones in the world,” he continued. “I feel like that’s my career. I also feel like every woman deserves diamonds. So I put together this project [and] a lot of it got done while I was on tour … I think when people listen to this they gon’ be like, ‘Yo, I been fuckin’ with this nigga for a long time but I gotta fuck with him more now.’”

He added, “I’m in competition with myself; I don’t compete with other people. I look at my career as [stairs] and I’m checking off my checklist. Some people wanna be Michael Jackson, some people wanna be Quincy Jones; I’d rather be Babyface. I wanna be the person that was able to put out his own music, be successful at that, and turn around and write everybody’s hits from Madonna to Gucci Mane.”

Simmonds’ Diamonds EP is available now. Check out the interview above.

For more exclusive interviews like this, catch #DXLive every Thursday, and for all of your exclusive music and news, stay locked on HipHopDX.