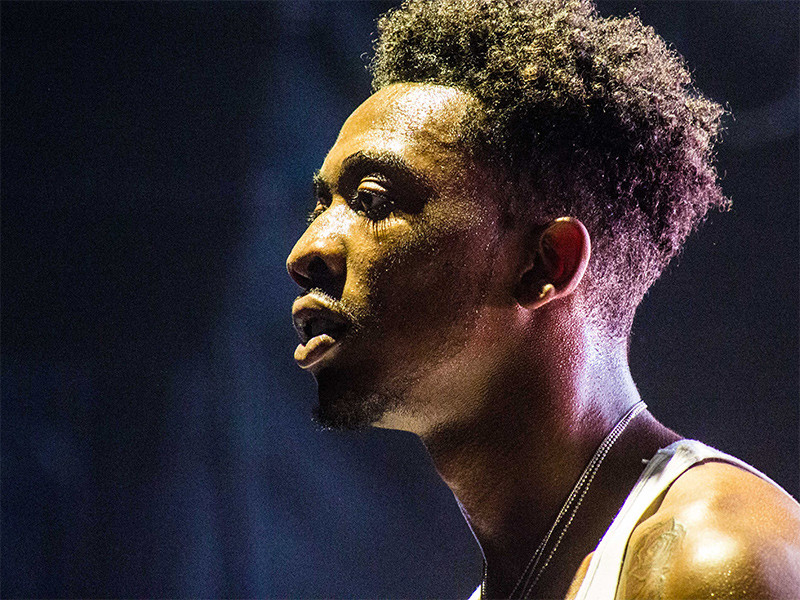 Desiigner Bites Back At Critics Who Say He’s Fallen Off

Desiigner took to Instagram over the weekend to issue a PSA and offer a response to critics who say he’s fallen off.

“Yo, for real, man, for all them haters out there, man: I don’t wanna hear all this shit, ‘Desiigner fell off,’” he said. “Desiigner never fell nowhere. You feel what I’m saying? I fell into a muthafuckin’ mansion I just bought in L.A. Thank you all my fans. L.O.D. album coming soon, you dig?”

Desiigner has yet to issue a release date for his long-awaited debut album, The Life Of Desiigner, despite announcing the project in April and promising to drop it in July.

In late September, Desiigner announced plans for a new mixtape titled New English 2. The project would serve as the sequel to his 2016 tape that featured his megahit “Panda.”

Along with his IG updates, he also tweeted that he has two albums coming.

The Brooklyn-born rapper continued his PSA in his Instagram story.

“Muthafuckas think just ‘cause I ain’t put out a million tracks, that I fell off,” he said. “Yo, bro, I make music, my nigga. I’m not somebody that’s gon’ be out here trying to just get a hot spree. I’m here for my fans. I’m here forever. I just want people to be noticed, man. It’s greatness really here. This ain’t no bullshit. I’m up every night working. I’m not playing, I’m working. This ain’t a joke. Kanye ain’t signing bullshit niggas.”

#Desiigner wants you to know he out here working!

Desiigner is gearing up to hit the road next month for his five-date tour of Asia. He will perform shows in Japan, Indonesia, Thailand, South Korea and Dubai.