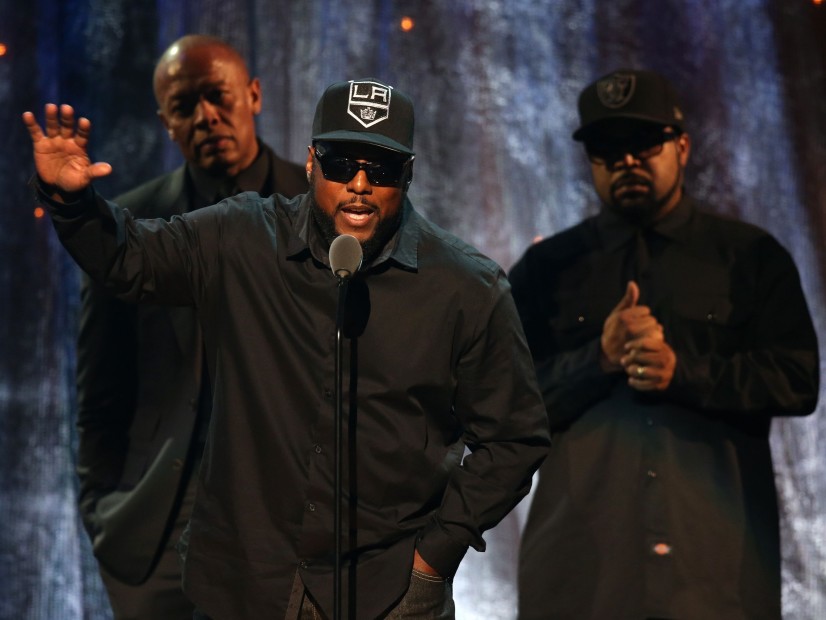 Kevin Kane/WireImage for Rock and Roll Hall of Fame

In July, MC Ren revealed he was finishing up his long-awaited sophomore EP, Rebel Music. So far, the Compton rapper has released two singles from the project, “Rebel Music” and “Burn Radio Burn.”

It’s currently unclear whether his upcoming collaboration with Cube will be featured on the EP, but Ren says it’s dropping soon.

“Right now, man, I’m kind of chilling right now,” Ren said when asked what he’s currently working on. “The last thing I did, I did something with [E-A-] Ski. It’s a song called ‘Fear’ [that] me and [Ice] Cube is on, that’ll be dropping soon. I talked to [DJ] Premier and me and him supposed to be cooking up something.

Elsewhere in the interview, the N.W.A vet revealed he’s currently working on plans to shoot a documentary about himself. Ren says the project will chronicle his nearly 30-year journey through the music industry.

“I’m working on a documentary, man, about myself [and] my travels through the music game, from beginning to end … We putting it together right now,” he said. “We laying the blueprints and getting everything up to speed so hopefully we’ll start shooting that real soon.”