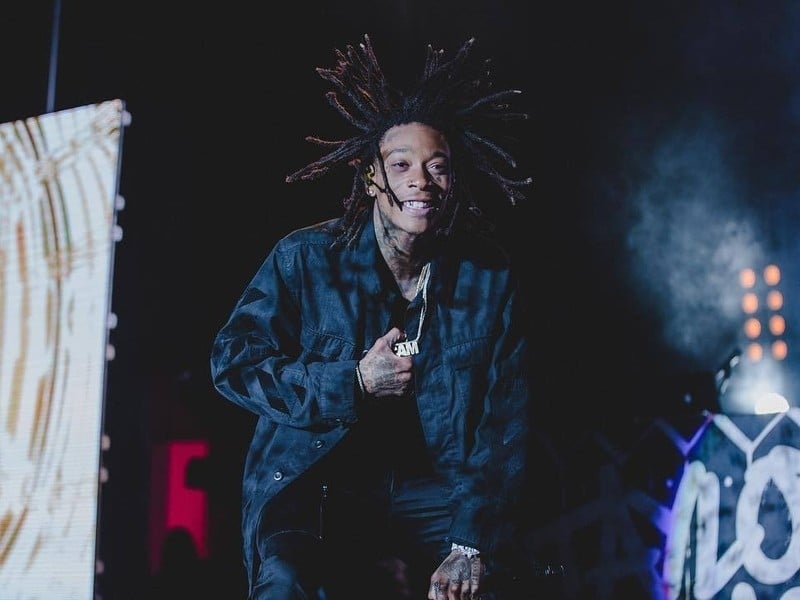 While Wiz Khalifa fans wait on Rolling Papers 2, the Taylor Gang boss decided to drop some music to hold them over in the meantime. The creator of the smash hit “See You Again” has released a new mixtape titled Laugh Now, Fly Later.

Khalifa keeps the guests to a minimum with Casey Veggies making the long appearance. Production comes from heavy hitters such as J.U.S.T.I.C.E. League, Sledgren, Cookin’ Soul and 808 Mafia.

View the stream, cover art and tracklist for Laugh Now, Fly Later below.

(The original version of this article was published on November 5, 2017 and can found below.)

Wiz Khalifa is about to take flight.

The Taylor Gang boss has unveiled cover art and tracklist for his recently announced project Laugh Now, Fly Later, which is scheduled to drop on Friday (November 10). Wiz keeps it light on features with Casey Veggies making the lone guest appearance on the 10-track release.

(The original version of this article was published on October 16, 2017 and can found below.)

Wiz Khalifa recently teased fans by promising to release some music “very soon” The Taylor Gang leader is living up to his word, announcing a brand new mixtape titled Laugh Now, Fly Later due out on November 10.

The marijuana aficionado revealed the news by answering fans questions on Twitter. On Sunday (October 15), he shared the mixtape’s title with one user before quickly responding with the release date to another.

The upcoming mixtape will be Wiz’s third solo release of 2017. Back in June, he dropped a pair of EPs — Pre-Rolleds and Bong Rips — that each featured four tracks. Those EPs and his mixtape serve as preludes to his recently finished album, which is speculated to be the long-awaited Rolling Papers 2.