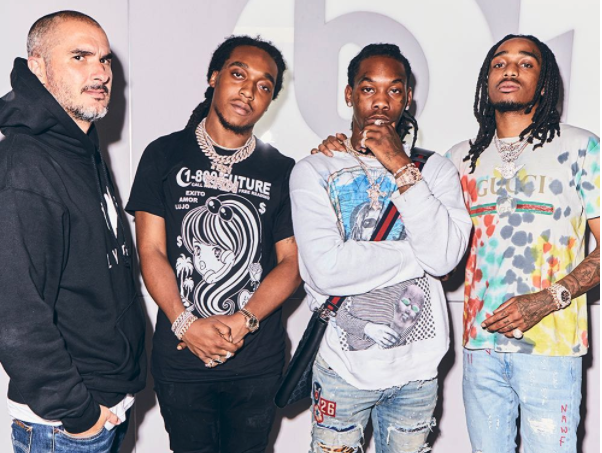 Los Angeles, CA – Migos have revealed they’re working on a film written by Quavo. The trio shared the news during a recent interview with Beats 1 host Zane Lowe.

When asked about their current endeavors outside of music, Offset relayed their interest in making the jump into movies.

“Producing, all of it, as one,” Offset replied when asked what part of filmmaking the group wants to pursue. “My boy Quavo writing the scripts. He already been in that kitchen trying to whip up.”

'My boy @QuavoStuntin writing a script, he out here really in the kitchen tryna whip up' @OffsetYRN on working on movies @Migos @Beats1 pic.twitter.com/ESMZObj86L

“I always been watching movies and watching my favorite musician do movies,” Quavo elaborated. “They used to really do that a lot in the ’90s. I’m a ’90s baby and all my favorite movies got all my dope artists in them … Juice, Menace II Society. All the Snoop Dogg movies. Master P movies – I Got the Hook-Up. Baller Blockin, the Big Tymers movie. Even Ice Cube; Cube killed it! That’s what we’re trying to do right now and we’re looking into the script.”

Quavo, Offset and Takeoff did get a chance to display their acting chops last year. All three members appeared in the first season of Donald Glover’s Atlanta.