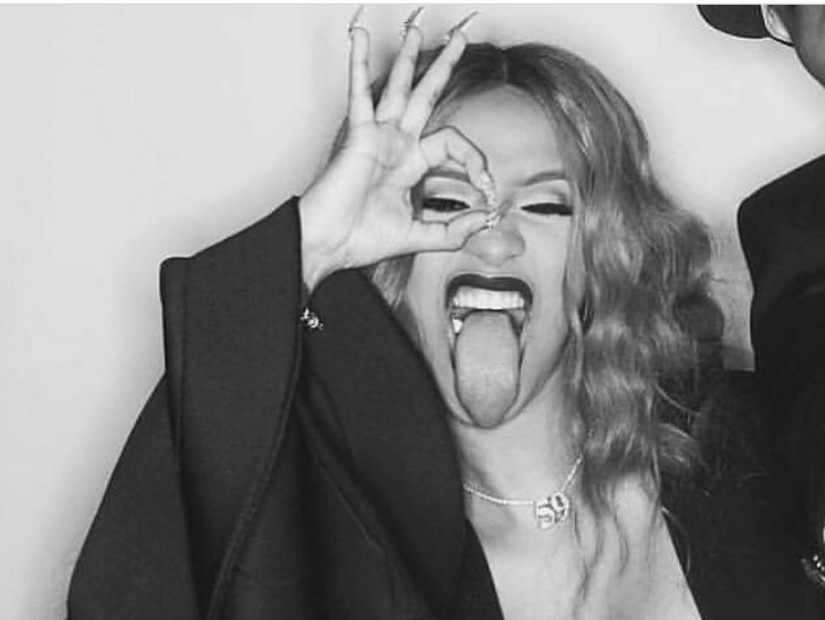 Cardi B On Copying Kodak Black's Flow: "So What, Bitch?"

Cardi B recently became the first female rapper in 19 years to have a solo song hit #1 on the Billboard Hot 100 chart with “Bodak Yellow.”

And while many in Hip Hop celebrated Cardi’s rapid rise, success doesn’t also come without people trying to tear you down, one way or another. While performing at Fall Ball in Columbia, South Carolina, Cardi addressed the criticism that “Bodak Yellow” — whose title is an obvious reference to Florida rapper Kodak Black — also sees her stealing his flow.

Cardi, who’s not exactly known for pulling her punches, hit back like only she can: “For anybody that be telling me ‘Oh you copied Kodak flow, you copied this and that flow,’ so what, bitch?”

Cardi B was obviously proud of how her speech went down, given that she later shared it on Twitter.

Compare “Bodak Yellow” and Kodak’s track “No Flockin” below.