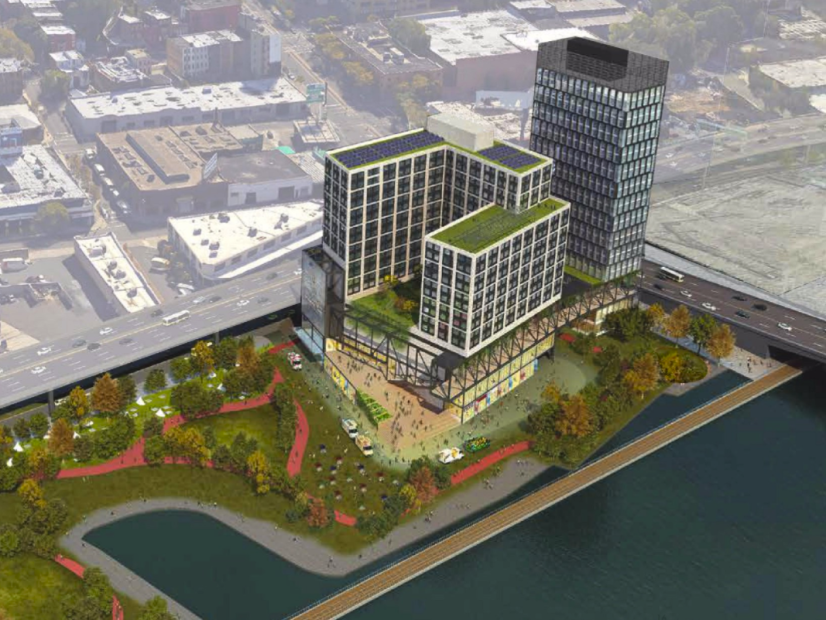 The museum will use technology to create a multi-generational experience featuring music, artifacts, video and photography, research areas, and a performance stage, Executive Director Rocky Bucano says, according to DNAinfo.

“[The museum will be a long-awaited] home for the world’s most popular art form, hip-hop culture … bringing hip-hop back to the Bronx where it originated from,” Bucano said. “It’s gonna be a complete history of hip-hop.”

The museum has a long list of Hip Hop stars sitting on its Board of Trustees. Kurtis Blow serves as the museum’s Chairman of the Board, Ice-T sits on its Founding Board of Directors, and DMC is an Advisory Board Member. In addition, Big Daddy Kane, Rakim, LL Cool J and Q-Tip, among others, serve as Cultural Ambassadors, while dozens of Hip Hop artists serve as Honorary Advisory Board Members.

“The Universal Hip Hop Museum may be the single most important project for the preservation of Hip Hop culture,” Kurtis Blow said in statement. “This new cultural institution will be a great new tourism destination for NYC and the Bronx. What a great day for Hip-Hop! Our four years of hard team work has paid off. I thank God, as I am elated to know that this mecca devoted to the cultural phenomenon of Hip-Hop will preserve not only my legacy, but also the legacies of many others for the world to see.”

The project, which will be delivered in two phases, is part of a large-scale development that will turn a vacant site along the Harlem River into a waterfront hotspot dubbed “Bronx Point.” In addition to the Universal Hip Hop Museum, the development is set to incorporate a state-of-the-art multiplex theater, education space and up to 1,045 units of affordable housing. The site is located adjacent to Mill Pond Park and the 145th Street Bridge that connects to Upper Manhattan. The first phase of the plan is expected to be complete by 2022.

“Today, we are excited to announce the activation of this long-vacant waterfront site with high-quality public open space, over 600 units of permanently affordable housing, and a range of cultural facilities that pay homage to the boogie down Bronx,” said New York City Economic Development Corporation President and CEO James Patchett.