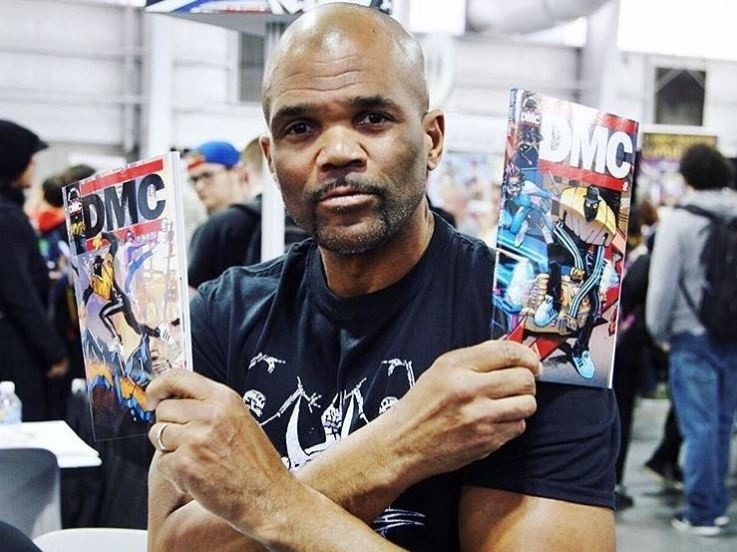 When asked to name the current artists continuing the work Run-DMC did back in the day, Darryl “DMC” McDaniels revealed that he doesn’t have a lot of options to choose from in today’s current pool of Hip Hoppers.

During his interview with The Guardian, he claimed that rappers today aren’t “claiming the mantle of responsibility,” but did add that Chance The Rapper is the artist closest to carrying the Run-DMC torch.

“When you look at Hip Hop right now there’s not anybody claiming the mantle of responsibility – don’t use profanity, don’t diss women … You know, Run-DMC, we lived sex, drugs and rock’n’roll, but we never put those images, ideas or concepts in any of our music,” DMC said. “Because we knew there were younger people looking at us! You never heard me rap about the drugs I smoked, the coke I sniffed, the women I had sex with. The closest to it now, I’d say, is probably Chance the Rapper.”

DMC recently appeared alongside Chance The Rapper during a December episode of Saturday Night Live.

In addition to offering his commentary on today’s rap artists, DMC revealed his interest in working with English rockers Pink Floyd, stating that he wants “to make a record with them.”

He also spoke on his love for comic books, and how that love stemmed from being an outsider as a youth.

“Before rock’n’roll changed my life on the radio as a little kid, and before Hip Hop came over the bridge from the Bronx, I was growing up in Hollis, Queens,” the rapper said. “As rough as it was having to go to Catholic school and getting bullied, teased and pissed on, the perfect world for me, the universe where nothing was wrong and I was strong and confident, was comic books. Storytelling, education, the use of words, creativity, imagination: I allowed all those characteristics to go into my music career.”