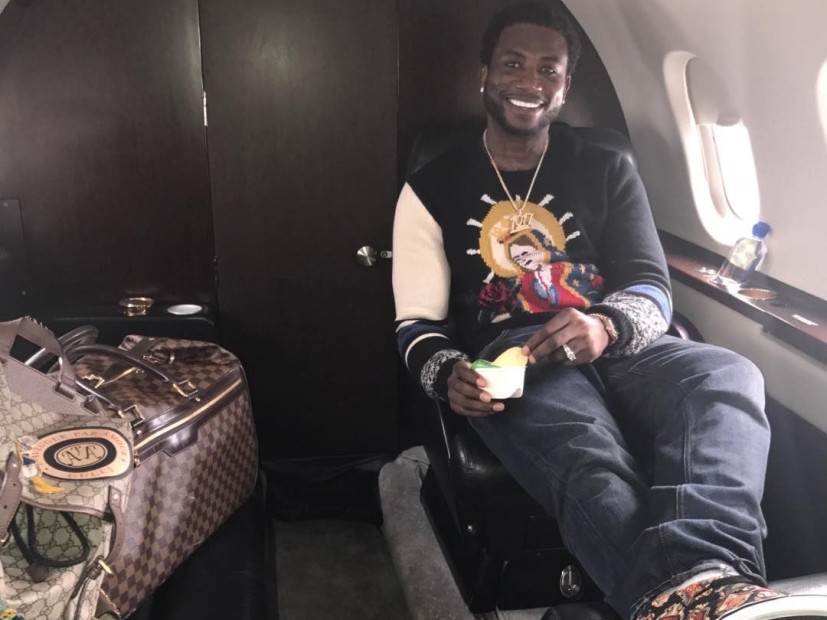 Guwop The Author: Gucci Mane Is Writing Another Book & Screenplay

Gucci Mane has revealed plans to write a second book as well as a screenplay sometime in the future. The East Atlanta Santa also said he’s “100 percent” committed to both projects.

While doing the promotional run for his inaugural book, The Autobiography of Gucci Mane, which was released on Tuesday (September 19), Gucci spoke with Vulture to detail how the project came together while he was behind bars.

Off probation today and my book is in stores NOW! What a day!!!!

“I always thought about writing a book,” Guwop said. “I actually wanted to write a screenplay. While I was in prison, my friend Harmony Korine [director of 2013’s Spring Breakers, which Gucci starred in] was sending me books and telling me to write a screenplay. Then one day, my engineer told me that I should write a book. I wasn’t even in prison yet. I was waiting to be sentenced. I was like, ‘Okay, let me try it.’

“Then one day, I wrote 30 pages. Then Neil [Martinez-Belkin, co-author of The Autobiography of Gucci Mane] wrote me in prison, and I remembered him from interviewing me for XXL,” he continued. “He told me that I should write a book and left his number. We connected and I told him that I wrote 30 to 40 pages. I mailed it to him and he told me it was amazing and I should send him more and he’ll put it in book form so it would come out by the time I got out. That’s how it came about. I went so far down that I couldn’t do anything but go up. I couldn’t do a lot but I had time to write, so why not do it?”

He added, “I’m 100 percent writing another book and I’m definitely going to write that screenplay.”

With the addition of a second book and a screenplay to contend with, Gucci’s already packed schedule has him working overtime. The rapper’s upcoming eleventh studio album, Mr. Davis, is scheduled for release on October 13.

Gucci also has his BET reality television show, The Mane Event with wife-to-be Keyshia Ka’oir, premiering just a few days later on October 17, the same day as their nuptials.