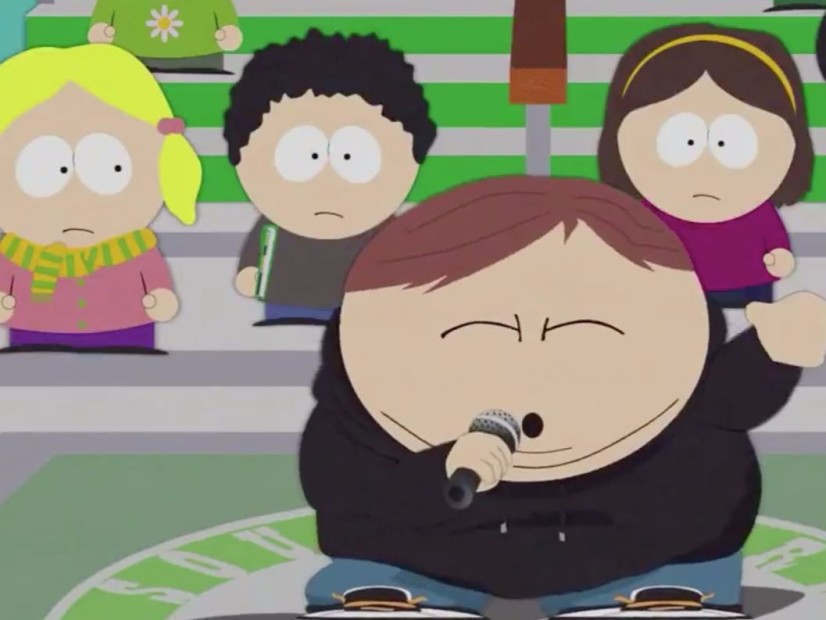 On Wednesday night’s (September 20) episode “Put It Down,” it was the Everybody rapper’s turn to be parodied by the veteran roasters at South Park, who turned their attention to Logic’s suicide prevention track, “1-800-273-8255.”

South Park‘s version of the song features the narcissistic Eric Cartman letting his whole elementary school know he’s going to kill himself unless they all start to take him more seriously. Logic’s chorus, “I don’t want to be alive/ I just want to die,” is replaced by the slightly less earnest, “Eric, we don’t want you to die.”

I need a Cartman as Logic spinoff series pic.twitter.com/DUMDyz0xx3

South Park‘s fans are used to the show taking aim at even the most sensitive of topics. Co-creators Matt Parker and Trey Stone’s take on the track was greeted with major props on Twitter.

The roasting of Logic that just happened on #SouthPark was iconic. This episode is so damn good. Tweak episodes need to happen more often.

dog….. south park really made cartman have the exact same flow as logic and parodied his song about suicide pic.twitter.com/WeTCy3bGDh

THIS JUST IN: Cartman is singing Logic #SouthPark pic.twitter.com/ZI1o74s6WX

It’s not the first time Logic has been featured in a cartoon this year. He made a guest appearance on Adult Swim’s Rick And Morty just last month.