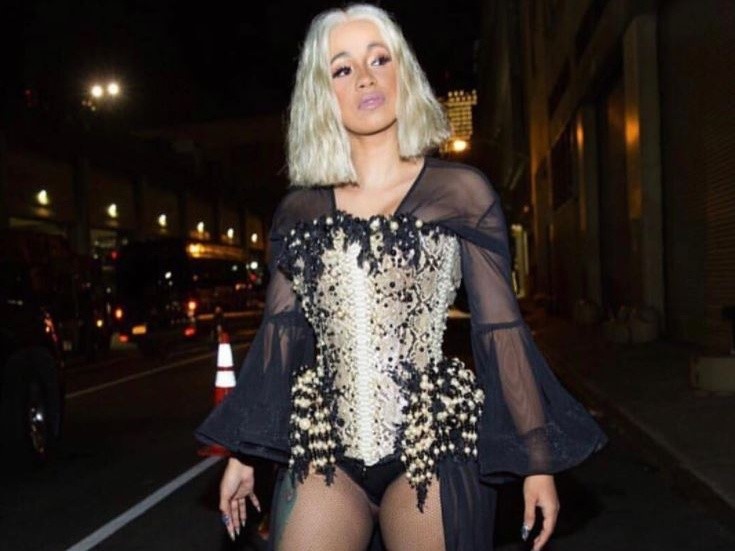 Bronx rapper Cardi B continues to see her profile grow with her latest cosign.

During one of Janet Jackson’s State Of The World Tour stops, the pop icon danced along to Cardi B’s “Bodak Yellow.”

Cardi shared amateur video from Jackson’s performance, and added that it was a “dream” to see the singer perform along to her song, which has proven to be a monster on the charts.

The type of shit you can only dream of.Have to thank the Queen Janet Jackson for showing BODAKYELLOW LOVE !! pic.twitter.com/MTfer2dEjL

“The type of shit you can only dream of.Have to thank the Queen Janet Jackson for showing BODAKYELLOW LOVE !!,” Cardi B wrote in a tweet sent on Sunday (September 17).

In addition to “Bodak Yellow” receiving the Janet cosign, the song recently secured the #2 spot on the Billboard Hot 100 chart. The song is currently sandwiched between Taylor Swift’s “Look What You Made Me Do” and Luis Fonsi’s “Despacito.”

Depending on this week’s numbers, Cardi could be looking at her first #1 record on the Billboard Hot 100.

For those interested in witnessing Janet Jackson’s performances first-hand, the Grammy Award-winning singer is scheduled to make stops in Atlanta, Los Angeles, Detroit, and a number of other U.S. cities from now until December, as part of her State Of The World Tour.