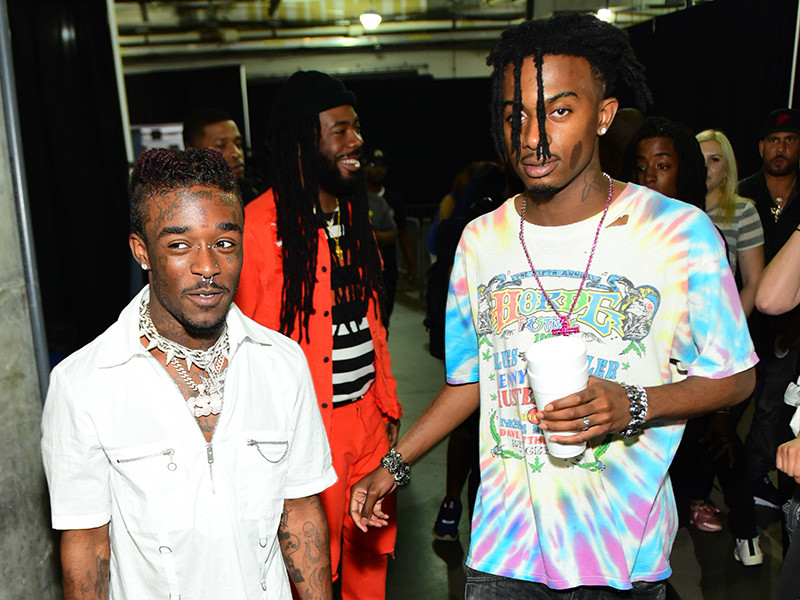 Playboi Carti and Lil Uzi Vert could be in the process of cooking up a collab, if a hint made on social media is any indicator.

The hint came courtesy of a Snapchat post Playboi Carti made over the weekend. The Snap featured a photo of London punk band The Damned, and included the following caption: “Carti Uzi Tape * Uzi Carti Tape * 16.29.”

Outside of Uzi’s penchant for all things rock, it’s unclear what the correlation between him, Carti and The Damned is.

Although that particular clue remains fuzzy, “16.29” could refer to the areas the two rappers grew up in. Uzi reps the 1600 block in Philadelphia while Carti is from the 2900 block in Atlanta.

Given that Carti just wrapped his Playboi Carti Tour, and Lil Uzi Vert just dropped his debut studio album, Luv is Rage 2, it seems that the stage is set for a possible collaborative work from the duo.