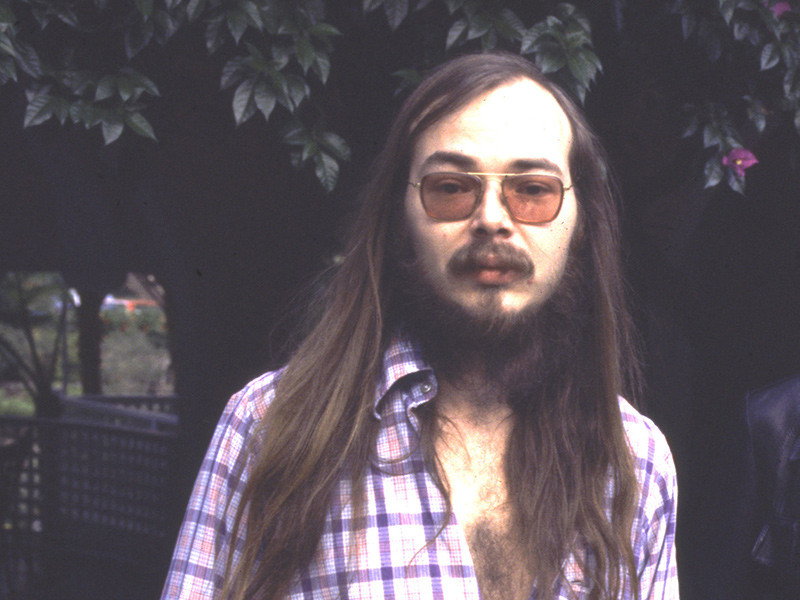 Over the weekend, the music world was struck by the news that Steely Dan co-founder Walter Becker passed away at 67.

His death was confirmed on the musician’s personal website, in a tribute penned by his daughter. “You loved music more than anyone I know,” she wrote.

Not only a famed songwriter and record producer, Becker also co-founder the band Steely Dan. Formed in the early ’70s, the group became a soft rock staple and went on to sell more than 40 million albums.

Becker’s Steely Dan co-founder Donald Fagen released a statement paying tribute to his bandmate, concluding that he would “keep the music we created together alive as long as I can with the Steely Dan band.”

Steely Dan’s sound caught the attention of many rappers and producers over the years, who have sampled it on numerous records.

One of the more notable tracks influenced by Steely Dan was Kanye West’s “Champion,” which samples the band’s “Did you realize, that you were a champion in their eyes” line from 1976’s “Kid Charlemagne.”

While Wiz Khalifa made use of a Steely Dan sample on “Old Chanel.”

Given Becker’s influence on the genre, the Hip Hop community was quick to express condolences on social media.

Questlove offered a hearty tribute on Instagram, referring to Becker as “one of my favorite architects of the 70s ‘FM’ smooth sound.”

"…..still holds the crown baby" rip #WalterBecker possibly one of my favorite architects of the 70s "FM" smooth sound. Took it for granted growing up —before 10 I heard his music & Fagen's voice EVERYWHERE: supermarket, waiting rooms everywhere, cabs, offices, dentist chair, sporting events even (Sixers used to RUN "Peg" during Dr J's era) actually lol first time I got sent to principles office in 2nd grade was for "saying a bad word" (Hell, was a 4 letter word growing up & I didn't know who or what a "Peg" was but I knew someone in my class was going to ?"Helllllllllllllllllll"? The first time we played w Michael McDonald a second after "man it's an honor" came "ok how long did Walt make you stack them vocals?" Walt was my first post "hey I dig these guys I wanna get em on a session" gig shortly after our Do you Want More album came out. I was all ready for him to make me do take after take after take like I heard he was notorious for—but uh shockingly he liked our loose playing and encouraged it. (Yeah I even tried to tune my drums Steely Dan low but he was like "I want you to sound like you, not like what we were doing way back then") This is a major loss man. An artist's artist. Someone who cared for the craft of music and pushing boundaries. They got a name for the winners in the world: his name is Becker

Walter Becker dying is worse than everything. RIP to one of my real legendary heroes.

#RIPWalterBecker Steely Dan is a huge part of my musical DNA

So far there’s been no word on the cause of death.

HipHopDX sends its condolences to the family, friends and fans of Walter Becker.