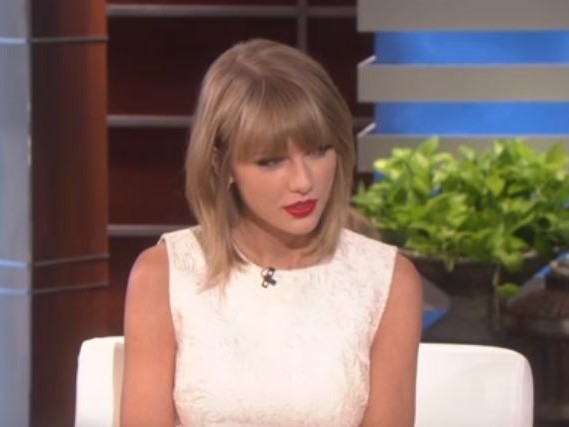 Is Taylor Swift Prepping For War With Kanye West?

Pop star Taylor Swift is attempting to turn social media tragedy into triumph with the promo for her new album, Reputation.

Following a number of celebrity friend fallouts, including a nasty one with Kanye West and Kim Kardashian, Swift was swiftly attacked with the hashtag #TaylorSwiftIsASnake. In response, she has opted to embrace the comparison to the reptile. Her most recent teaser for Reputation features a snake striking, and could be a sign that she’s getting ready to hit back after the issues with Kanye.

But so far Swift is facing even more criticism on Twitter. Many have expressed concern that the singer lied about not giving Kanye West consent for her mention on “Famous” and is now looking to profit off of deceitfulness.

“yalls girl taylor is really trying to use the snake symbol like people called her that unfairly. sis you BLATANTLY lied on kanye,” podcaster Crissle West tweeted, joining a chorus of Swift’s critics.

yalls girl taylor is really trying to use the snake symbol like people called her that unfairly. ? sis you BLATANTLY lied on kanye.

Let's not forget ALL the celebrities that have spoken out against Taylor snake Swift. Kanye, Kim, Demi, Calvin, and Katy. Like bye bitch.

Taylor Swift gets to profit off of being a lying snake. But whenever Kanye West speaks his mind, y'all call him crazy.

Others delved deeper, calling out Swift over white privilege and white feminism.

So did #TaylorSwift wipe her social channels, to clear her reputation? Fuck that white privilege noise. Own your mistakes little girl. pic.twitter.com/wK4bhZsvcl

Taylor Swift is what White Privilege would sound like if it learned to play acoustic guitar.

all taylor swift is is non intersectional white feminism and self created drama. no thanks.

Taylor Swift’s Reputation album is scheduled for release on November 10.