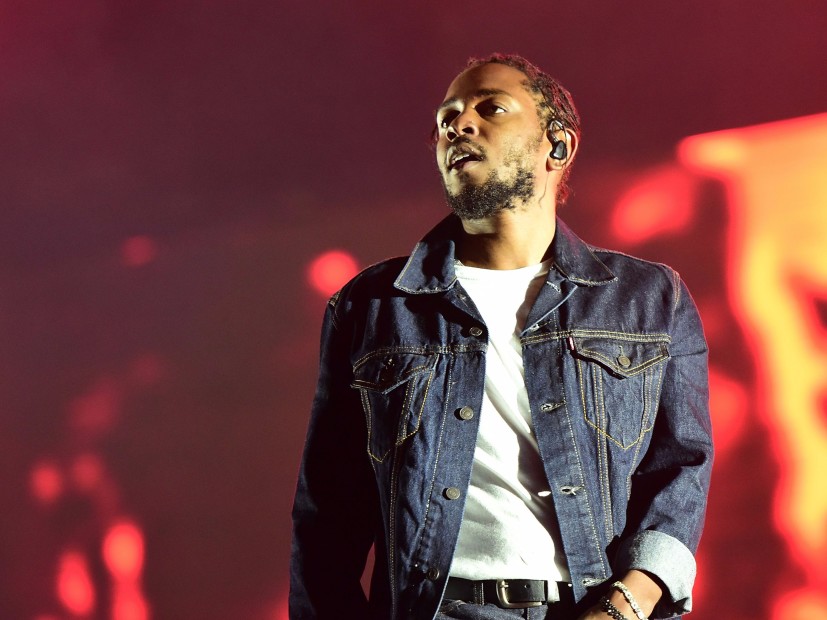 Duluth, GA – Kendrick Lamar is closing in on the last leg of The DAMN. Tour, a 36-date national expedition that kicked off on July 7 and culminates on September 2 in Miami. During a stop in Duluth, Georgia, Rolling Stone sat down with the highly revered Compton MC to discuss everything from his childhood to Drake.

After revealing that his childhood nickname was “Man Man” (his family always said he carried himself like a man), he touched on what a “wack artist” is to him. It was a topic he broached on the DAMN. track “ELEMENT.,” where he makes the distinction between a black artist and a wack artist.

“A wack artist uses other people’s music for their approval,” K. Dot explained. “We’re talking about someone that is scared to make their own voice, chases somebody else’s success and their thing, but runs away from their own thing. That’s what keeps the game watered-down. Everybody’s not going to be able to be a Kendrick Lamar. I’m not telling you to rap like me. Be you. Simple as that.

“I watch a lot of good artists go down like that because you’re so focused on what numbers this guy has done, and it dampers your own creativity,” he continued. “Which ultimately dampers the listener, because at the end of the day, it’s not for us. It’s for the person driving to their 9-to-5 that don’t feel like they wanna go to work that morning.”

With all of Kendrick’s successes, his confidence is clearly intact, but he admits the song “HUMBLE.” was written as a reminder to himself to stay grounded. When he raps, “Hol’ up bitch/ Sit down/ Be humble,” he’s talking to himself.

“It’s the ego,” he said. “When you look at the song titles on this album, these are all my emotions and all my self-expressions of who I am. That’s why I did a song like that, where I just don’t give a fuck, or I’m telling the listener, ‘You can’t fuck with me.’ But ultimately, I’m looking in the mirror.”

The road to superstardom has been a long one. Elsewhere in the interview, he talked about the first time he went in the studio after signing with Top Dawg Entertainment, where he got some tough feedback from label head Anthony “Top Dawg” Tiffith. Ultimately, those criticisms helped fuel his creativity and get the Grammy Award-winning artist where he is today.

“I ended up getting tough skin, too, even with criticism,” he said. “My first time in the studio, Top Dawg was like, ‘Man, that shit wack.’ Other artists around couldn’t handle that. But it made me go back in the booth and go harder.”