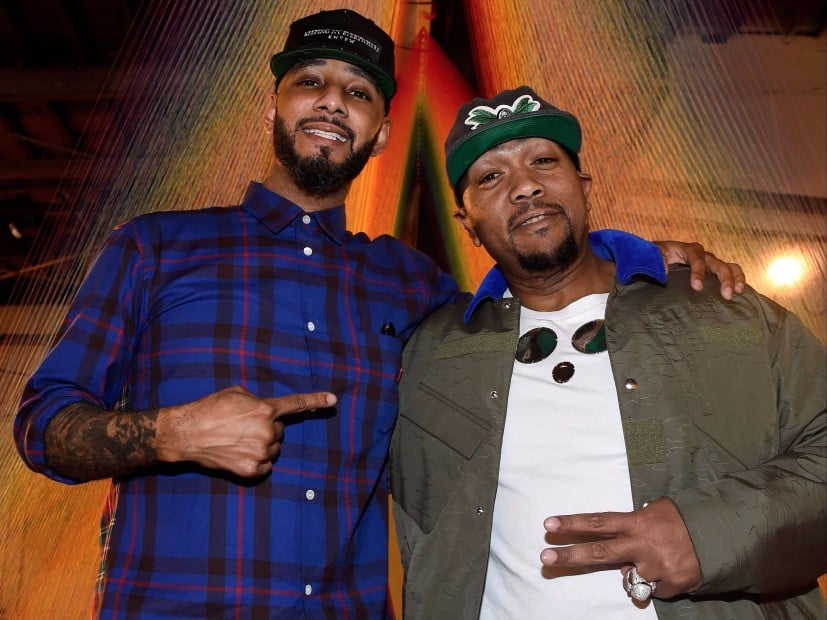 Instagram – Veteran super producers Swizz Beatz and Timbaland set the stage for a beat battle of possible epic proportions last week and every Hip Hop head has an opinion on the outcome. That doesn’t exclude Nas and Kendrick Lamar, who both offered up their two cents on the impending battle.

Timbo accepted Swizz’s challenge last week and since then, the two beatsmiths have been uploading videos to their individual Instagram accounts showcasing their skills. Swizz upped the ante when he shared a video of a seemingly indifferent Nas commenting on the upcoming battle, which is evidently being taken to the “big stage.”

“That’s two top tier niggas going at it,” Nas said. “That’s what the game need. The game needs that. Y’all two niggas are like two of the illest niggas so … y’all both my brothers, so I just want to watch it go down.”

On the flip side, Timbo posted a video of K. Dot, Ab-Soul and Swizz talking about the looming event. While Kendrick seemed to lean towards Swizz, he also wound up passing on some advice to the aspiring MCs out there.

“This is my generation,” Kendrick said. “Being a student of rap, when I first started rhyming, what I used to do was check the fucking credits. This is something I don’t know if the kids are doing, but I’m going to explain it to you. Checking the credits is how I know I want to work with Swizz Beatz one day. I remember my favorite fucking beats, checking the credits, would say Swizz on it.”

Timbaland went on record on Wednesday (July 19) to reiterate the battle in no way signifies any beef between the two.

“A lot of people misunderstand what a competitive battle is,” Timbo captioned an Instagram video. “It’s not about destruction. It’s about 2 competitors with mutual respect and love, battling to bring the best out of each other. To elevate the art to a place where it couldn’t have gone on it’s own. To its plateau. I love Swizz and respect him just as much.”

#mood A lot of people misunderstand what a competitive battle is. It's not about destruction. It's about 2 competitors with mutual respect and love, battling to bring the best out of each other. To elevate the art to a place where it couldn't have gone on it's own. To its plateau. I love Swizz and respect him just as much. But best believe that we are both going to come hard at each other and bring out the best of ourselves… It's all about the music… It's all about art… It's all about the culture… It's bigger then us. If we're not going to change and elevate, then what's the point?? #imwiththesmoke @therealswizzz

Check out the posts above as we wait on an official date for the event.