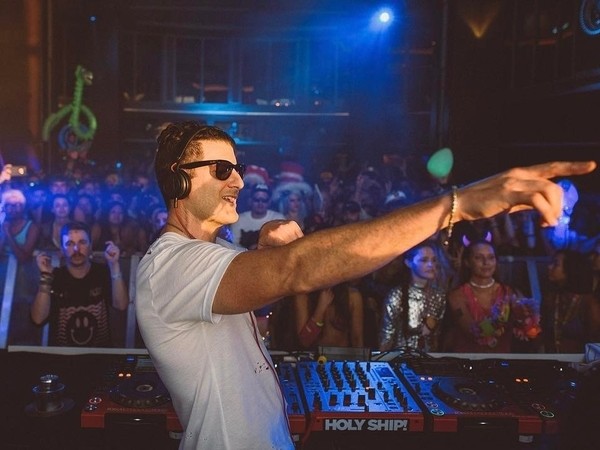 News of Destructo’s separation from Live Nation hit the Hip Hop and EDM world just days before the 10-year anniversary of the HARD Summer Festival. These circumstances made for a tense festival setting, which took place at the Glen Helen Amphitheater in San Bernardino, California, just two hours outside of Los Angeles.

On Saturday (August 5), HipHopDX caught up with Destructo (real name Gary Richards) at his private trailer, which was tucked away in the artist compound.

“I’m feeling good,” Destructo told DX after hoping out of a quick shower. “I just ran around the festival and just got in the crowd and danced with people. It just feels really good. I’m just having a good time.”

This year’s lineup had something special in store for Hip Hop heads in particular — a Mobb Deep Forever Tribute in celebration of Prodigy’s life. Two days prior to the festival, it was determined Prodigy’s official cause of death was from an accidental choking.

Destructo thought A-Trak would be the perfect candidate for a tribute set after discussing the idea with his team.

“I spoke to the management team that I talked to about booking the show,” Destructo explained. “We had a call. They were like, ‘Why don’t we turn this into a tribute? A celebration of Prodigy’s life.’ They asked me if there was a DJ on the bill that could help. I looked at who was on the lineup today and I was like, ‘A-Trak.’ I’m sure Mobb Deep’s probably his favorite group ever.

“I was like, ‘What do you guys think? They were like, ‘That’s amazing.’ So I got A-Trak in with them. They just worked out. They’re going to do a lot of visuals. It’s just a celebration of Prodigy’s life. For me, it’s so sad. But still to be able to let them have a canvas to celebrate his life at the festival. I can’t even imagine. This whole weekend’s kind of emotional. A lot of emotions going on here this weekend.”

While Destructo’s five-year deal with Live Nation has come to a halt, he seemed eager to share his new ventures.

“I feel good,” he said. “I have a new plan. I have a new company that’s behind me. September 1, we’re going to make some announcements. I’m really going to finally be able to flourish and do more things and not be so contained. To be able to just work on more events, more shows and be more involved in music than what was going on in the past.”

Destructo also touched on his initial reaction to being taken off the bill for the EDM festival Holy Ship!, an annual electronic dance cruise. The veteran DJ was seemingly caught off guard by the decision.

In the future, fans can look forward to a new record with Snoop Dogg and Yo Gotti called “Hard For The Night.”

Stay tuned and check out the interview clips above.