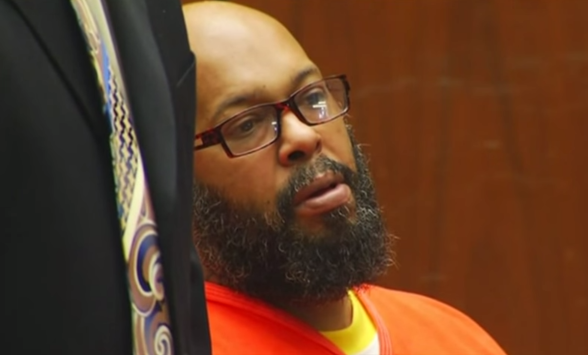 Suge Knight’s hopes of freedom have gone from bleak to potentially bish please now that the former Death Row overlord has been indicted on felonious criminal threats toward F. Gary Gray, the director behind recent blockbusters Straight Outta Compton and Furious 8.

The L.A. County Grand Jury plans to arraign him on the charges Thursday (August 3), according to TMZ. (The original date of the indictment is said to have been February 7, 2017.)

Although the circumstances would lead one to believe Suge allegedly strong-mouthed Gray around the same time he was on the SOC set where he killed his friend Terry Carter (which prompted his murder charge), the incident reportedly happened months before the said January 2015 hit-and-run.

Not Guilty: Suge Knight Jr. vouched for his pops in a recent interview with DX.

The copy of the Grand Jury indictment TMZ claims they obtained reads in part, “On or about August 8, 2014, Suge … threatened to commit a crime which would result in death and great bodily injury to Felix Gary Gray.”

Knight’s threat is said to be in text message (a.k.a. cyber-banging) format. Suge’s camp allegedly told TMZ that his murder charge is a bit faulty and law enforcement are simply grasping at straws to keep him behind bars.

The multi-million dollar-grossing SOC biopic portrayed Ice Cube, Dr. Dre and the rest of N.W.A’s rise into Hip Hop immortality, as well as depicting Knight as a ruthless record label owner who wasn’t opposed to using physical force to get his way.

His current (and reportedly permanent) trial date is January 8, 2018.