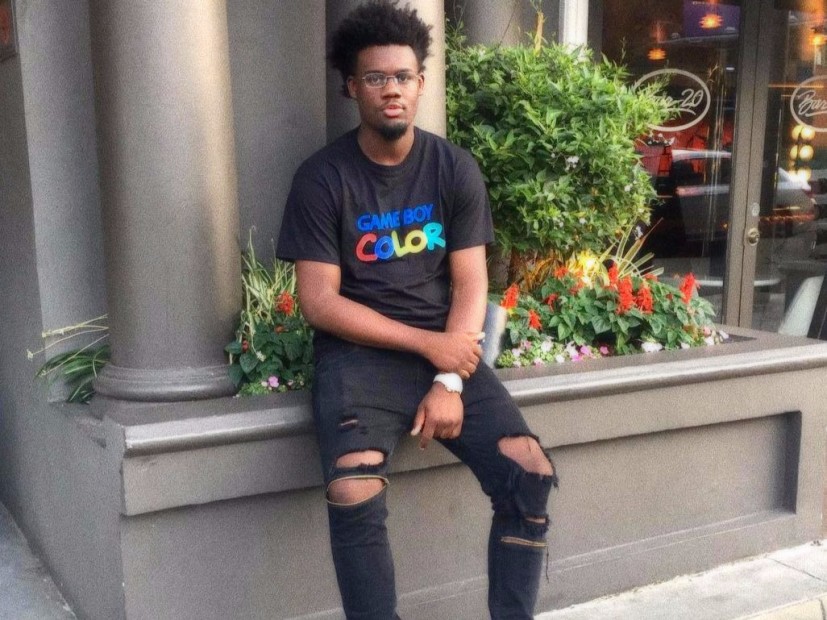 Ugly God commanded the attention of the Hip Hop world with his infectious anthem “Water,” which peaked at #80 on the Billboard Hot 100. The humorous rapper looks to follow it up and prove he’s no one-hit wonder by releasing his long awaited debut, The Booty Tape.

The road to the project’s release has been a bumpy one with Ugly God originally planning for the tape to drop in June. That obviously never happened as the buzzing artist’s plans were met with resistance. In the end, he had to scrap guest appearances by Lil Yachty, Ski Mask The Slump God and XXXTENTACION for The Booty Tape to see the light of day.

While losing those big names hurts, Wiz Khalifa’s contribution as the lone guest provides the record with star power. Production is mostly handled by Ugly God, although he enlists some outside help for three of the project’s 10 tracks.

Check out the stream, cover art and tracklist for Ugly God’s The Booty Tape below.

Ugly God surprised fans Monday morning (July 31) by unveiling an updated tracklist for his forthcoming debut, The Booty Tape, along with the single “No Lies” featuring Wiz Khalifa.

Though Khalifa appears to be the sole feature on The Booty Tape, a previous tracklist included guest appearances from Lil Yachty, Ski Mask The Slump God and XXXTENTACION.

This year has been good to the Houston rapper. Aside from being named one of this year’s XXL Freshman, his breakout single “Water” led to a deal with Asylum Records. During an interview with HipHopDX’s Shirley Ju, Ugly God talked about his eccentric approach to music.

“I’m a pop/country artist coming up underground,” he said. “Everything’s organic. Make music from my house. Just trying to do this as a regular guy … and stuff. It just works. Everything just works.”

View the tracklist and cover art below.