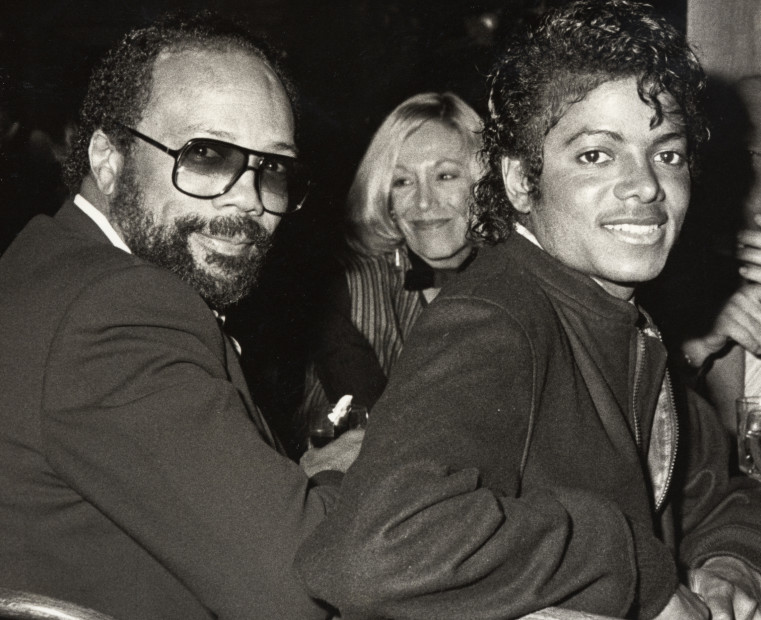 Los Angeles, CA – Quincy Jones is renowned for producing some of the late pop king Michael Jackson’s biggest hits — a crowning achievement that one would think would score someone a cushy lifetime of royalty checks.

The legendary producer, 84, has been battling the Jackson estate for years over a dispute of the terms of two contracts both musicians signed in 1978 and 1985.

Wednesday (July 27), a Los Angeles Superior Court jury found that the Jackson estate owed Jones $9.4 million in royalties and production fees stemming from his work on Jackson’s monster album releases, Off the Wall (1979), Thriller (1982), and Bad (1987).

“This lawsuit was never about Michael, it was about protecting the integrity of the work we all did in the recording studio and the legacy of what we created,” Jones wrote in a statement to the Associated Press following the verdict. “Although this (judgment) is not the full amount that I was seeking, I am very grateful that the jury decided in our favor in this matter. I view it not only as a victory for myself personally, but for artists’ rights overall.”

Jones had originally been seeking $30 million in unpaid royalties, a glaring contrast to the $392,000 the Jackson estate was willing to part with. Initially, the set amount was $10 million, but Jones’ attorneys apparently did some digging and accounting of the estate’s profits over the past few years.

Naturally, Jackson estate attorney Howard Weitzman and his co-counsel Zia Modabber claimed the jury’s decision to be poppycock and vowed to appeal.

“Any amount above and beyond what is called for in his contracts is too much and unfair to Michael’s heirs,” they state. “Although Mr. Jones is portraying this is a victory for artists’ rights, the real artist is Michael Jackson and it is his money Mr. Jones is seeking.”

A tense moment between Jones and Weitzman occurred during the trial when Jones took the stand and Weitzman accused the Grammy Award-winning composer of seeking “a raise,” citing that he profited $8 million two years after Jackson’s death in 2009 — again, a glaring contrast to the $3 million he earned in the last two years of the megastar’s life.

“I’m not suing Michael. I’m suing you all,” Jones said in court.

Jury foreman Duy Nguyen, 28, told the media that Jones’ testimony and the aforementioned contracts were heavily instrumental in influencing the jury’s verdict.