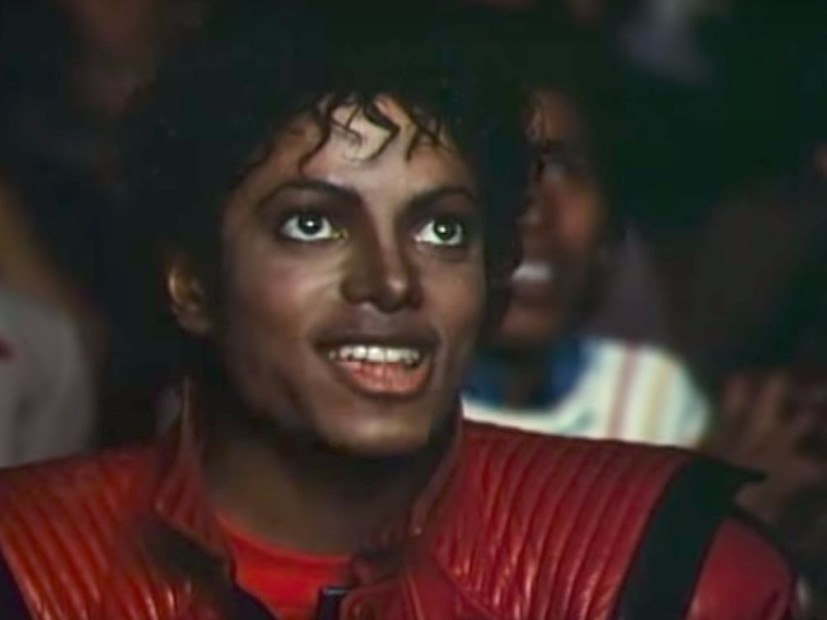 The Michael Jackson estate recently announced it was partnering with CBS for an hour-long animated Halloween special — Michael Jackson’s Halloween— scheduled to air this fall, according to The Hollywood Reporter. The plot revolves around Victoria and Vincent, two kids who “accidentally” meet on the night of October 31 and wind up at This Place Hotel (a nod to Jackson’s 1980 song “This Place Hotel). Ultimately, they wind up in an epic dance finale with the King of Pop.

There’s a new animated special coming to TV this fall – Michael Jackson’s Halloween. More details will be announced in the coming weeks. pic.twitter.com/CeJpQLerFB

But considering the late pop legend pulled off one of the best (if not the best) Halloween visuals of all time —  1983’s “Thriller” — is this really necessary? Co-written by Jackson and John Landis, who also directed the video, it singlehandedly changed the game, and is the only video in music history to be selected for the National Film Registry by the Library of Congress.

“Thriller” Is The Most Successful Video Of All Time

Inspired by the 1981 film An American Werewolf In London (also directed by Landis) and set in the 1950s, the 14-minute cinematic journey enlists a sizable cast of characters to play maniacal zombies who go after Jackson and his date, who is played by model/actress Ola Ray. But there’s a twist at the end that, as a kid, scared the living daylights out of me.

I had to have been 7-years-old when I first saw the video. By then, I was already a dedicated MJ fan. I had the now 33x diamond-selling Thriller album on vinyl and would keep it safe in my carrying case alongside my Bambi soundtrack (yeah, for real). Every kid in the ’80s idolized Jackson (even famed child actor Corey Feldman) and he epitomized the word ‘cool,” so when my musical idol turned into a flesh-eating zombie towards the end of “Thriller,” I was shocked. NOT HIM!!!! But as he danced along to the Quincy Jones-produced song, I realized he was still the illest zombie to ever do it.

At minute 11:45, when the group of ravenous zombies (led by Jackson) are closing in on the damsel in distress, suddenly MJ reverts to “normal,” and she appears to wake up from a nightmare. But as MJ puts his arms around her and glances at the camera, his eyes turn yellow and an evil laugh (courtesy of classic horror film actor Vincent Price) reveals he was one of the undead all along. Scary, right? Ok, maybe not now, but any kid who saw it then probably was a little freaked out.

Vincent Price’s “Lost Rap” Was Cut From The Video, But Still Amazing

Even CeeLo Green admitted in an interview with Rolling Stone that he was so scared of “Thriller” as a nine-year-old kid, he would flee the room whenever the video came on. “If he could be possessed, then I damn sure could be possessed, because Michael was so much stronger than I,” Green said.

The visual for “Thriller” went on to win a Grammy for Best Long Form Video in 1985, three MTV Awards for Best Overall Performance in a Video, Best Choreography and Viewer’s Choice in 1984, and serves as MTV’s first world premiere.

In 1999, MTV honored the video with yet another award recognizing it as one of the 100 Greatest Videos of All Time. Seven years later, the Guinness Book of World Records deemed it the most successful video in history with over nine million copies sold, while Billboard called it one of the Top 10 Halloween Songs ever.

Over the past 34 years, no other video has had the same kind of cultural impact nor collected the accolades that “Thriller” did. Jackson’s tragic 2009 death makes it all the more significant. There’s never been another artist like him and never will be. The King of Pop will always retain his crown and “Thriller” will remain the most famous Halloween visual in music history. In fact, there are people on Twitter still talking about the video over three decades later, an undeniable testament to its permanent influence on popular culture.

Check out some of those tweets below and revisit “Thriller” above.

If not for George Romero, Michael Jackson's Thriller wouldn't have been 6 year old me's favorite song and greatest fear

I showed the kids Michael Jackson's Thriller video and the art of great special effects without computers, and they have it on a loop.

I plan on surviving the Zombie Apocalypse by teaching the zombies the dance moves to Michael Jackson's Thriller.