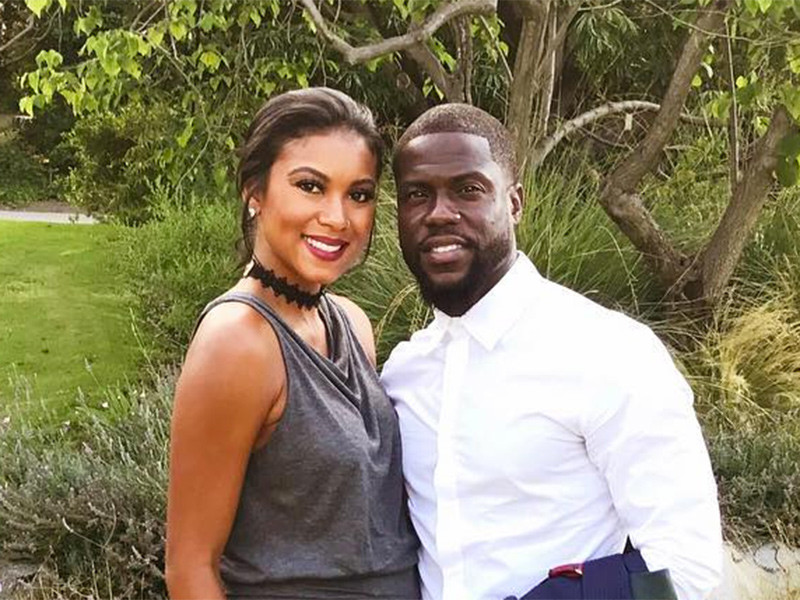 Kevin Hart Laughs Off Claims He Cheated On Pregnant Wife

The internet may be in shambles following news that Kevin Hart allegedly cheated on his pregnant wife with a mystery woman in Miami, but the comedian/actor has chosen to laugh off the accusations.

Hart’s response came via a meme he uploaded to Instagram late Wednesday (July 19). The meme featured a photo of Hart laughing and included the following message: “At the end of the day you just gotta laugh at the BS.”

Allegations of the comedian’s wayward ways were made public in a report published by Radar Online Wednesday.

In addition to providing visual receipts of Hart’s rendezvous, which reportedly went down in a car parked outside of a luxury hotel in Miami, Radar Online has obtained quotes from those who allegedly witnessed the encounter.

“It was obvious they were up to no good,” a source told Radar of the July 3 meeting. “She kept looking over her shoulder, and Kevin was pop-eyed when another guest walked by.”

We reported earlier about footage of #KevinHart cheating. Well here it is!!!

Radar Online also reports that Hart and the woman partied together at Hart’s All-Star Celebrity Birthday Bash at LIV nightclub the same night.

Given that the actor’s wife, Eniko Parrish-Hart, is pregnant with the couple’s first child, one source referred to this week’s allegations as “disgusting.”

“With his wife at home pregnant, Kevin’s behavior is way out of line. His friends are in total shock,” a source said while speaking with Radar. ​“Eniko needs to be stress-free and feeling safe and secure. It’s disgusting that Kevin is doing this to her.”

Kevin and Eniko will celebrate their one-year anniversary on August 13.