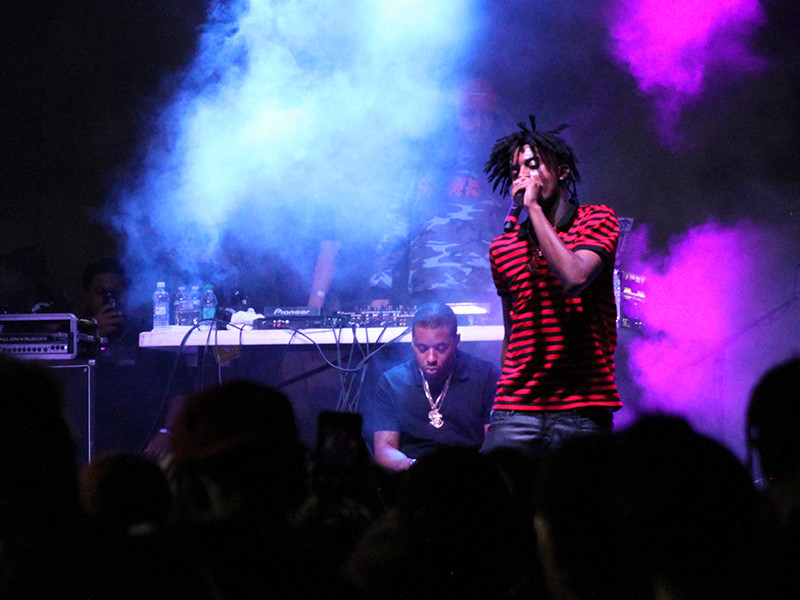 Los Angeles, CA – Playboi Carti is reportedly in the clear following his recent arrest for misdemeanor domestic battery. The Los Angeles City Attorney has chosen not to file assault charges against the “Magnolia” rapper.

While Young Carti has avoided any formal punishment, the L.A. City Attorney has requested to hold a meeting between the A$AP Mob affiliate and his girlfriend. Charges could still be filed if he finds himself on the wrong side of the law again this year.

(The original version of this article was published on July 7, 2017 and can found below.)

Playboi Carti was arrested at the Los Angeles International Airport on Thursday (July 6). The “Magnolia” rapper reportedly got into an altercation with his girlfriend of three years, which consequently led to Carti’s arrest for misdemeanor domestic battery. He posted bail of $20,000 and was released early Friday morning (June 7).

According to a police report, the girlfriend told officers the fight started because Carti wanted her to call her mother to touch base, but she evidently didn’t want to. Carti admitted he grabbed her phone from her hands and in turn, she hit him. Another witness said she slapped him in the face.

Law enforcement sources told TMZ witnesses saw the rapper arguing with a woman as they were exiting the terminal late Thursday night and that they began pushing each other. He allegedly shoved her again and grabbed her backpack before forcing her into an Uber.

Carti is about to embark on a 35-date nationwide tour that kicks off on Saturday (July 8) in Seattle, Washington and wraps up on September 2 in Columbus, Ohio.