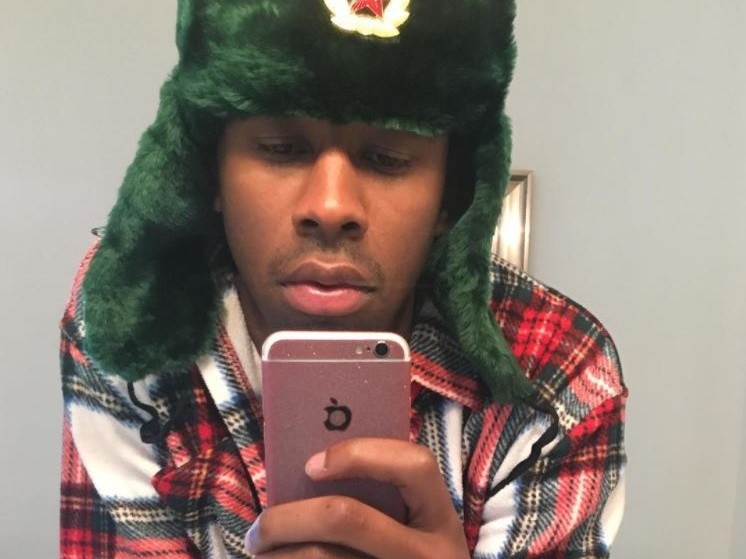 Instagram – Tyler The Creator is the latest rap personality to fall victim to a social media hacking. Days after reality television star/rapper Cardi B blamed a “nerdy, geeky, virgin bitch” for the hacking of her social media accounts, the Odd Future mastermind revealed his Instagram account was “lowkey” hacked.

Tyler, who appears to now have control over his account, addressed the issue in a series of messages uploaded to Twitter on Wednesday (July 5).

In the tweets, which have since been deleted, Tyler informed those following him to ignore any direct messages coming from his account.

“so dont reply to no dms or nuthing … haha i dont post for 7 months and then this happens,” he wrote in two separate tweets.

During the hack, the perpetrator posted a photo to Tyler’s 3.4 million followers of a young man holding a gun and wearing a Louis Vuitton belt on top of his head.

They added the following caption: “Follow me @XoCadeXo, I’m the realest out here. And I’m white. Hate on me.”

Check out the shenanigans above.